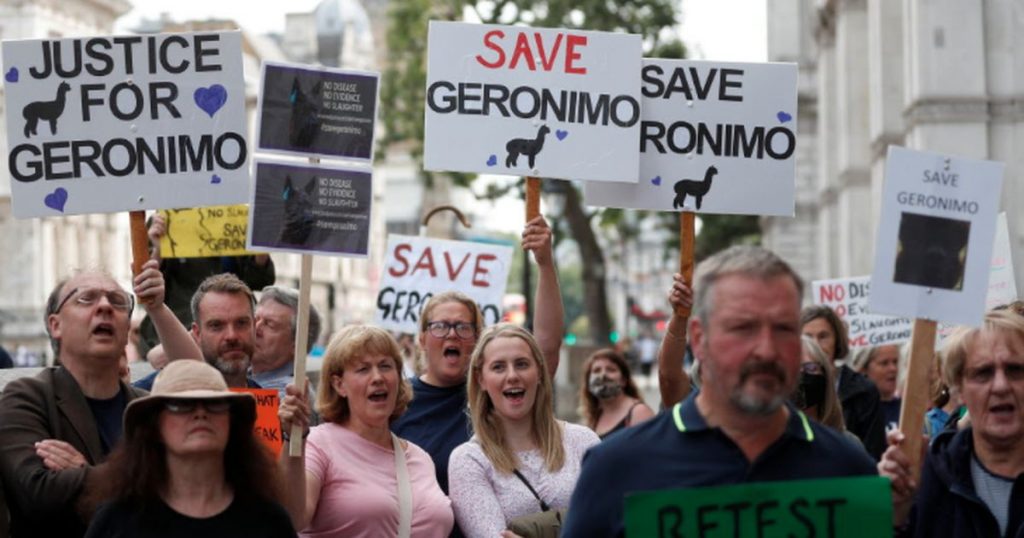 Geronimo is from New Zealand and has been in the UK since August 2017. There the animal has repeatedly tested positive for some form of tuberculosis. Owner Helen Macdonald questions the reliability of these tests and has led an unsuccessful legal battle to save Geronimo.

Macdonald wasn’t the only one who wanted to save the alpaca from euthanasia. A petition to save the animal’s life has collected nearly 150,000 signatures. Prominent Britons such as TV presenter Chris Packham and Prime Minister Boris Johnson’s father are also supporting the campaign to save Geronimo, according to the BBC.

Pro-Geronimo protesters marched through central London in early August to demand that the life of the alpaca be spared. The media also pay a lot of attention to the plight of the animal. However, the authorities were not relentless. According to the relevant government department Defra, the test that was performed on the animal is very reliable.

Protesters saw the Little Lama being loaded into a vehicle at Macdonald’s farm surrounded by police and taken away. Banners with inscriptions such as “We are Geronimo” were left during the alpaca’s stay.