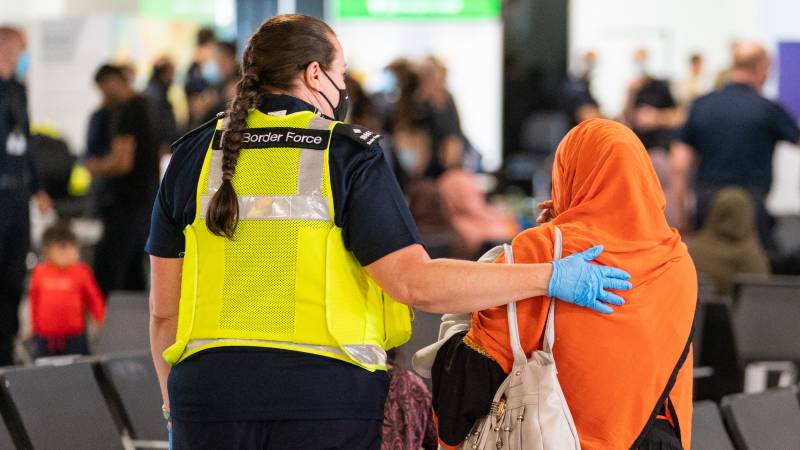 Thousands of Afghans who worked for the British government have been granted permanent resident status. Write this british media. Interpreters, security personnel and others at risk in Afghanistan are granted this status.

Of the more than 15,000 Afghans who have been evacuated from Kabul by the British since August 13, at least 8,000 wish to claim status with their families. Those who were in the UK before can have their temporary resident status converted to permanent status free of charge.

This decision is a major change from current policy: until now, Afghans could only get a temporary residence permit for a maximum of five years. Thanks to Operation Warm welcome, as the new policy is called, they can seek employment without restrictions.

In addition, around 14 million euros are made available to make education more accessible, and another nearly 6 million for housing and 3.5 million for healthcare.

“We owe a huge debt to the people who worked with the armed forces in Afghanistan,” the statement said. British Prime Minister Johnson, “and I am determined to give these people and their families the help they need to build their lives in the UK.”

Tens of thousands of Afghans in the United States

Thousands of Afghans have also arrived in the United States since the mid-August evacuations seeking permanent resident status. President Biden previously said that around 50,000 to 65,000 Afghans would be evacuated by US forces by August 31. Among them are US citizens and permanent residents, as well as a large group of Afghans who have not yet applied for asylum.

The latter group may be granted temporary resident status for humanitarian reasons. It is not known how many Afghans are allowed to stay in the United States for these reasons.

The Netherlands has already been enlarged earlier

In the Netherlands, the outgoing cabinet promised that a special procedures comes for evacuated Afghans. They are received in one of the emergency reception centers of the COA, the Central Agency for the Reception of Asylum Seekers. Asylum can be requested after a quarantine of at least ten days. A team of experts will determine who is eligible and who is not.

Previously, under pressure from the House of Representatives, the cabinet decided to expand asylum policy for Afghans. The group of Afghans who worked for the Netherlands and who are allowed to stay here have moved from interpreting only to other professions, such as guards, cooks and drivers. They too are in danger now that the Taliban have come to power in Afghanistan, it is believed.

Yesterday, the first 21 Afghan evacuees arrived at the emergency refuge in the Heumensoord nature reserve near Nijmegen. The others are the Zoutkamp barracks in Groningen, the Walaardt Sacré Kamp in Zeist and the De Harskamp barracks in Ede.