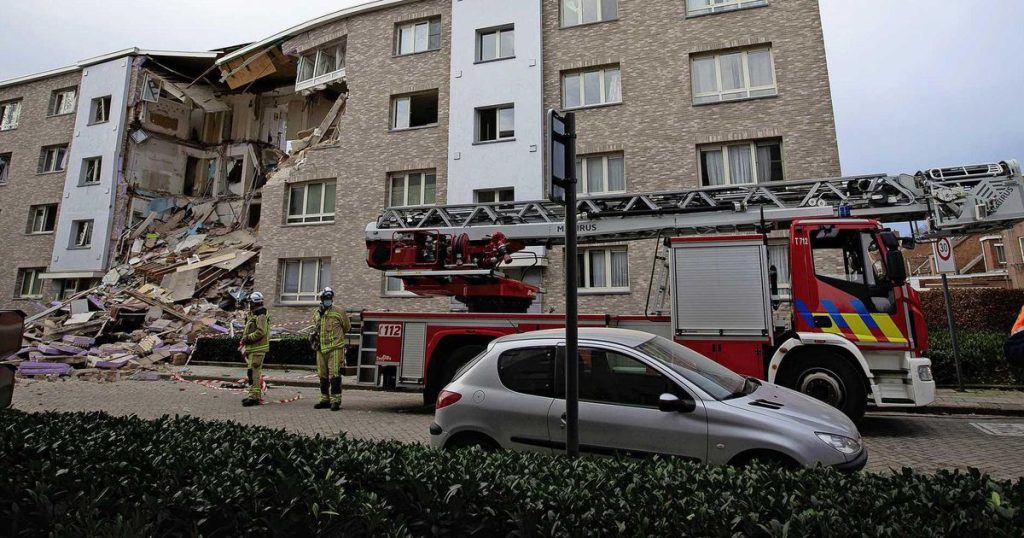 According to Belgian media, ten people are present in the building. One person was reportedly rescued and taken to hospital.

An elderly woman, who lives on the first floor, is still under the rubble, but help is in contact with her. “We are now trying to find out who is still in this building,” police told VRT. Eight people are still wanted, confirms the mayor of Turnhout. It is not known if the eight people were at home at the time of the explosion.

Police call on people to avoid the area around Boeren Krijglaan and Steenweg op Gierle. Pictures show the half floors collapsed due to the bang.

Helpers mobilized en masse for the explosion. Police have brought in sniffer dogs to search for people under the rubble and there is an excavator to pick up the debris. A special medical plan has also been announced to help victims as quickly as possible. The central part of the building with four houses collapsed, reports Het Nieuwsblad. The rest of the building suffered heavy damage.

The whole neighborhood was shaken by an infernal noise. “I was just on the phone with my girlfriend when I heard a very loud bang,” said Frans Caers (69), a man who lives in the building across the street. “The glass was inside my apartment. I was still in my pajamas and stayed inside for a while because of the fear.

Another neighbor of Boeren Krijglaan is also very impressed. “I was downstairs when suddenly there was a huge noise. Everything was vibrating in the house. My son immediately called the fire department, ”she says.

Debris was reportedly thrown hundreds of meters away by the explosion. Several cars in the area were damaged by flying debris.

“There is a lot of rubble in the street,” said a local resident. “I suspect there are a number of people injured. I haven’t seen anyone leave the building yet.