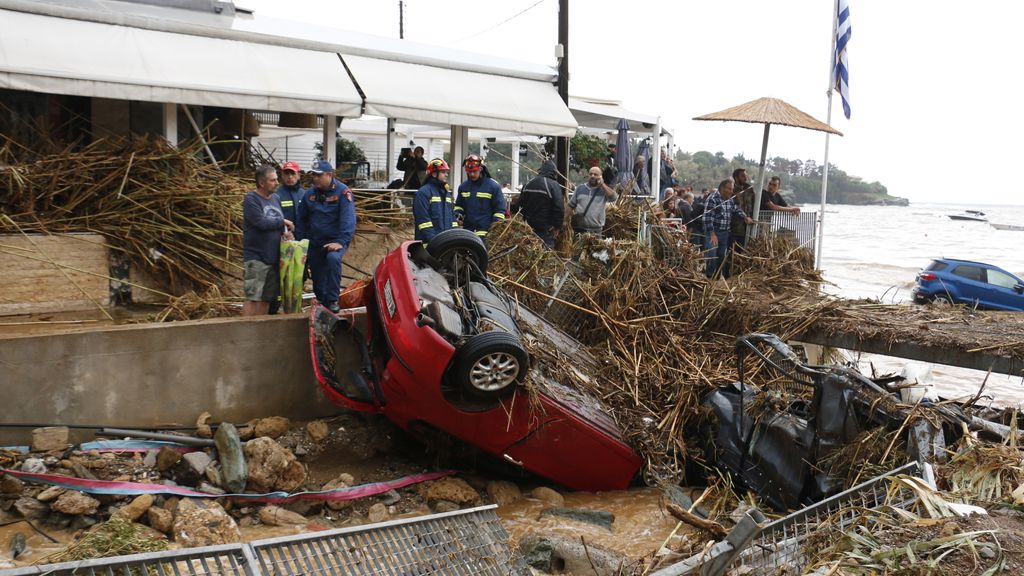 A man has died after violent storms on the Greek island of Crete. Heavy downpours caused flooding in the northern part of the island. The man’s car was dragged out to sea near the village of Agia Pelagia.

The floods also caused a lot of nuisance in other places. Firefighters received hundreds of calls about flooded homes and the airport in the capital Heraklion was closed for several hours.

Other cars were also dragged through the water. In the streets of Agia Pelagia, chaos is great:

Severe flooding on the Greek island of Crete

No aircraft could take off from Heraklion. Planes bound for the island were hijacked. For example, three Transavia flights from Heraklion departed for Athens and Chania, located in the western part of Crete. Passengers are accommodated in hotels.

Footage shows that Heraklion airport was packed with passengers hoping to catch a flight after all. The airport is open again.

Meteorologists expect the storm to move further east now. A severe weather warning has been issued for the Dodecanese archipelago via SMS. Islands like Rhodes and Kos, very popular with tourists, are also part of this archipelago.