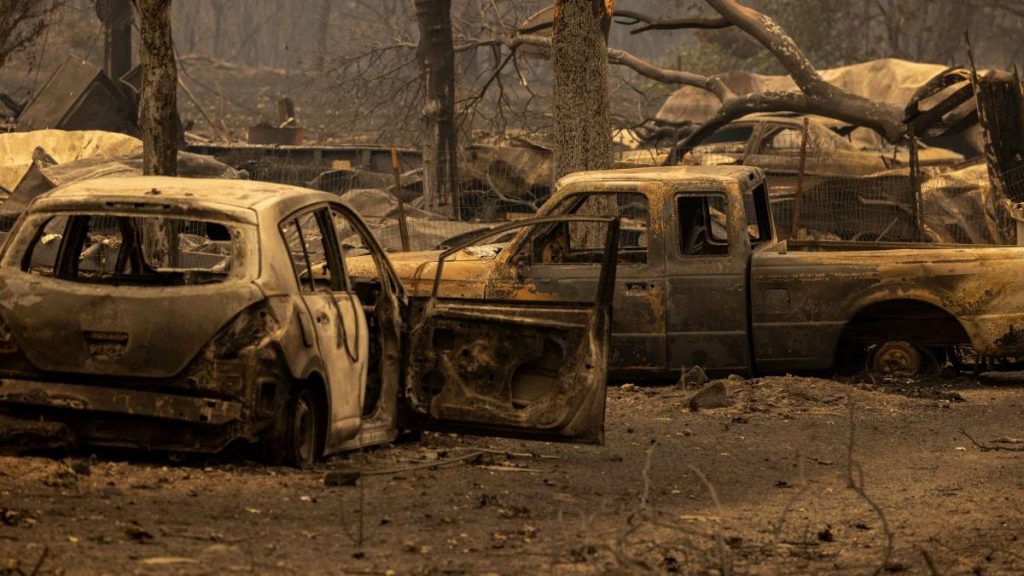 The large forest fire that has been raging in northern California since Friday has claimed its first victims. Two bodies were found today in a burnt-out car in a driveway in Siskiyou County, several dozen miles from the Oregon border. Who they are has not been disclosed.

In nearly three days, the McKinney Fire has become the largest wildfire in the US state this year. Nearly 225 square kilometers have already burned, about an area the size of the city of Amsterdam.

At least 2,000 residents of the sparsely populated area were evacuated. The state of emergency also applies in the region. An unknown number of properties have burned and thousands of homes and other buildings are threatened by the flames.

“We tried to make our house as safe as possible, but it was so dry and hot and the fire was going so fast,” Valerie Linfoot told a reporter. local journal. The house where Linfoot and his family had lived for over thirty years caught fire.

Her husband, who worked as a firefighter for many years, had fitted their house with a tin roof due to the risk of forest fires. He had also pruned the trees and tall grass around their yard. “But there’s nothing left of it,” Linfoot said.

Authorities say thick clouds of smoke over the affected region over the weekend prevented the fire from spreading as quickly, but the heavy smoke also makes it difficult to extinguish. There are also fears that forecast thunderstorms could further fuel the fires.

High temperatures and persistent drought in California make the US state vulnerable to wildfires. Last month a fire broke out in Yosemite National Park, last week the surrounding area was also affected. To date, this Oak Fire, which the firefighters still do not fully control, has destroyed nearly 78 km2 of land.

In the past two years, California has seen the worst wildfires since records began in 1932. Last year, nearly 3,900 square kilometers caught fire in the so-called Dixie Fire. The previous year, the state had experienced the largest fire on record: more than 4,170 km2 of nature had been destroyed.