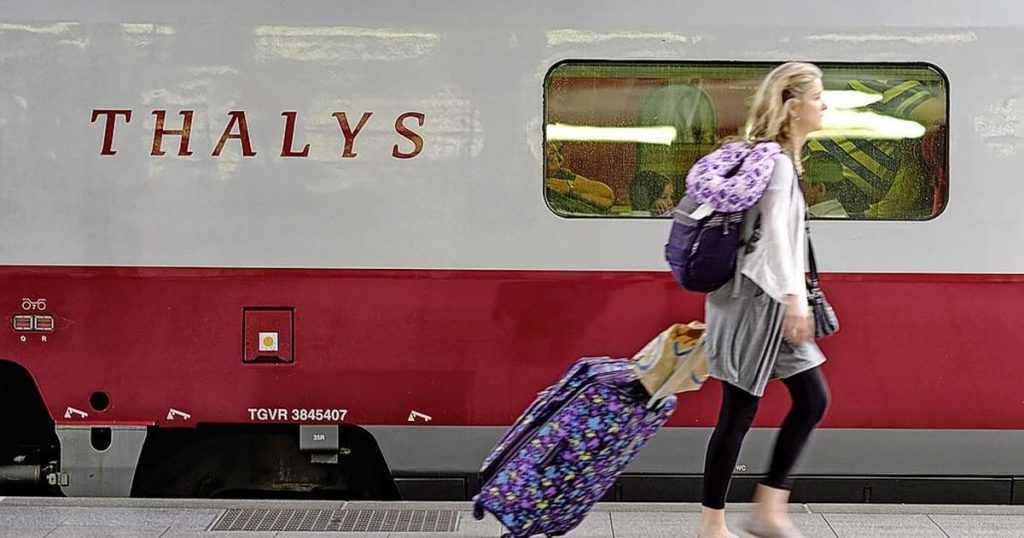 A Thalys train traveling from Brussels-Midi station to Paris-Nord came to a standstill in Tournai, Belgium, after a collision with an animal. For safety reasons, the train had to be completely stopped and the electricity cut off. This meant, among other things, that the approximately 350 passengers no longer had air conditioning.

2 Why are many concerned about high-speed rail?

Because it wasn’t the first time. July was a real disaster month. Precisely during the hottest day of the year, one of the high-speed trains recently ran aground. Because the air conditioning also failed, it warmed up to 40 degrees. The doors were not allowed to open, nor the windows, even if they were forced to accept water. Less than a week later, it happened again. Again, travelers had to spend the night on a stationary train. This has already happened to dozens of people in April.

This is actually what is worrying. It’s all the more painful as the Thalys has repeatedly broken down at a time when international travel is rapidly resuming and airports are struggling with chaos due to a severe lack of staff. NS International and the Treinreiswinkel recently informed De Telegraaf that sales figures were exploding. Paris and Brussels are traditionally the main destinations by train.

4 How do staff perceive the situation?

The employees are also disappointed, but emphasize to this newspaper that they are powerless. “I work on the Thalys myself and this kind of situation is extremely embarrassing for travelers, but also for us,” says one of them. “Unfortunately, France is not always cooperative, the authorities are not flexible when it comes to solving problems. Doubly annoying, as it gets very busy in the summer.

5 What do passengers mainly complain about?

The lack of information. Many victims have reported to the media. “We have not received any information, the applications of NS International and Thalys have not provided any information,” said one of them. “We tried to keep in touch all night. Changing the reservation was not possible, there was no staff on site.

Thalys had placed a link on its website with information about the incident. Whoever clicked on it received an error message. “We are doing everything we can to regularize the situation as soon as possible,” nevertheless assured a spokesperson. Much of that happened later in the weekend.