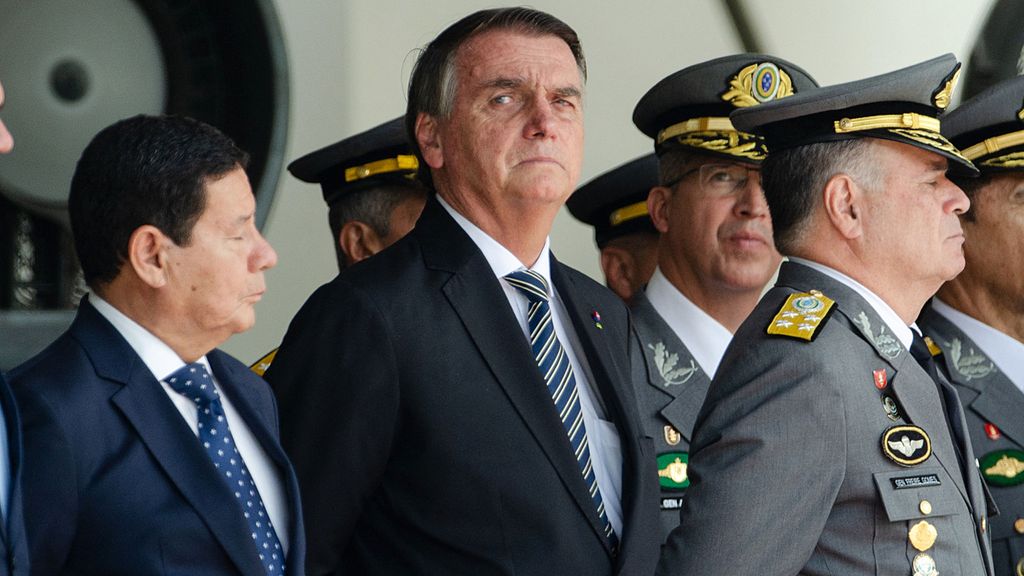 A few weeks after the election he narrowly lost, Jair Bolsonaro made his first public appearance. The Brazilian president attended a cadet graduation ceremony at a military academy.

At the end of last month, Bolsonaro was beaten by his leftist challenger, former president Lula da Silva, with 51% of the vote. He still has not publicly acknowledged this result or congratulated his opponent on his victory. However, his chief of staff promised that the government would cooperate with the transfer of power when Lula’s term begins on January 1.

A few days later the ballot box Bolsonaro issued a short statement saying only to continue working for all Brazilian citizens. Then everything calmed down around the president: his vice-president presents himself on official occasions, government affairs are handled by the chief of staff.

Vice President Mourão said a week ago that Bolsonaro’s absence was a medical problem: he would suffer so much from erysipelas that he was unable to wear pants. “You don’t want to let him go anywhere in shorts, do you?”

However, that doesn’t explain why he also didn’t post anything on social media except for a few official announcements. Even the social media shows he held almost every Thursday didn’t materialize.

The big question in Brazil is therefore whether Bolsonaro is licking his wounds or hatching a plan. Last week he tried ask the Electoral Commission to invalidate a large part of the votes cast, but this request was rejected for lack of evidence of irregularities.

Moreover, Bolsonaro’s party must pay a bill of 23 million reals (4.1 million euros), because, according to the electoral commission, he tried to undermine the electoral system with the complaint.

Even before the election, there were fears that Bolsonaro, who called the country’s military dictatorship a time of peace and progress, wanted to stay in power undemocratically. Supporters and opponents are therefore still impatiently awaiting the slightest indication of the president’s intentions.