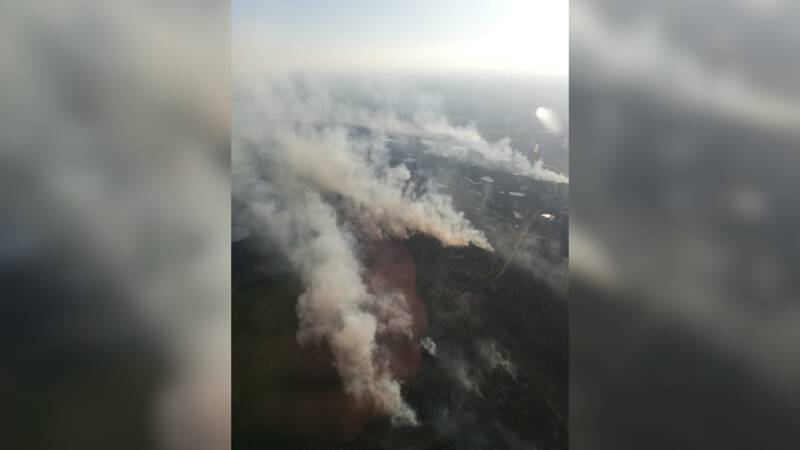 Since yesterday, a large forest fire has raged in Brecht, Flanders, after an army shooting exercise. According to the latest reports, around 1,000 hectares of land have been destroyed. The fire is not yet under control.

As a precaution, 400 residents and a campsite were evacuated yesterday. They must have spent the night elsewhere. At the moment, it is not safe for them to return, Mayor Sven Deckers told VRT.

Black smoke can be seen in the wider area, up to Antwerp, which is 30 kilometers away. Firefighters from all over Flanders intervened to extinguish the fire.

Because the Belgian army itself does not have firefighting helicopters, the Dutch army has been helping since yesterday with two Chinook helicopters which are trying to put out the fire from the air, the GARDEN.

There is a lot of criticism against the Belgian army which organized an exercise in the nature reserve. Normally an army fire truck is ready in the training area, but yesterday it was under maintenance. This allowed the fire to spread quickly.

An anonymous source close to the army command speaks of an unfortunate circumstance. “This car could have provided the first rapid response.”

But even though this car was there, there was no one to work with. The only two employees allowed to work with the extinguisher have been retired for at least five years, writes VRT.