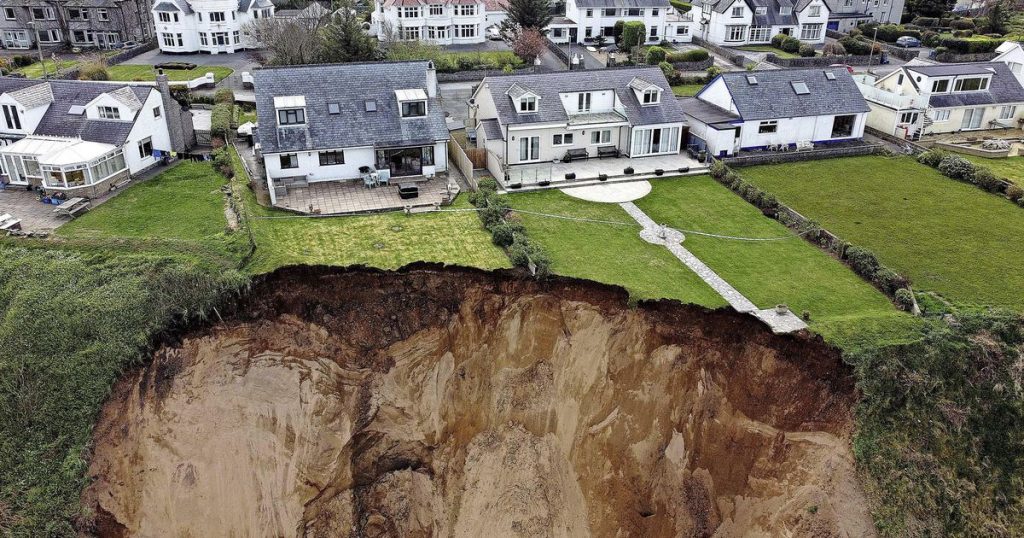 Because the coastline is made up of relatively fragile rocks, cobbles and dirt, the pieces often come loose. But a change of this caliber has never happened before.

One of the residents even saw more than half of her garden disappear into the abyss last Tuesday. Local authorities have asked local residents to temporarily evacuate.

Christian Pilling, who works nearby, tells the BBC that he walked nearby and had “the shock of a lifetime” seeing what happened. He added: “I don’t think there was anyone on the beach. We got there about half an hour after this happened.

Local residents avoid the area when it is high tide. “The whole area is suffering from coastal erosion,” said Joan Coppin, who lives near the beach. “We have already had major landslides. Shirley Race (58) died in 2001 and her husband Donald (63) was seriously injured when a landslide engulfed their car and swept it over a cliff into the sea.

The commune is in contact with the Crown Estate, which is responsible for the stretch of beach up to the tide mark, and warning signs have been placed. North Wales Police previously said they were aware of people gathering on the beach to take photos and urged the public to leave the area. According to the British Geological Survey (BGS), Nefyn is in a “subsidence danger zone”.