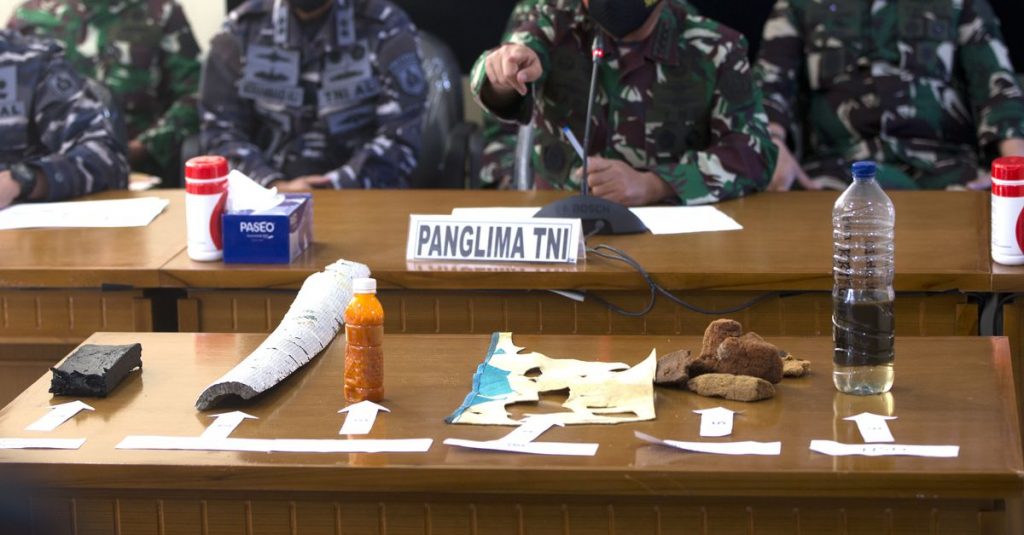 The Indonesian Navy found debris which most likely came from the submarine KRI Nanggala 402, missing since Wednesday arise from. Among other things, prayer rugs, a bottle of lubricating oil and a piece that holds the torpedoes upright were found. The discovery of this “genuine evidence” indicates, according to Indonesian Navy Chief of Staff Yudo Margono, that there is no hope for the 53 missing crew members.

On Wednesday, KRI Nanggala 402 dived below the surface of the water off Bali for exercise, but did not resurface. The first attempts to locate the vessel failed. Later in the search, where the submarine is said to have made its last dive, traces of oil were observed on the water. According to Naval Chief of Staff Margono, this could indicate a leak in the oil tank or an attempt by the crew to dump fuel so that the submarine lightens and possibly floats at the surface. According to calculations, there was enough oxygen on board to last until Saturday. A “strongly magnetizing” object was measured Saturday at a depth of between 600 and 700 meters. This is much deeper than the 200 meters that the boat’s hull can withstand before it collapses under the pressure of the water.

Indonesia no longer considers the submarine missing, but assumes that the boat should be considered lost. The United States, Malaysia and Australia sent planes and ships to assist in the search and recovery of the submarine. Originally built in Germany, the KRI Nanggala 402 entered service with the Indonesian Navy in 1981.