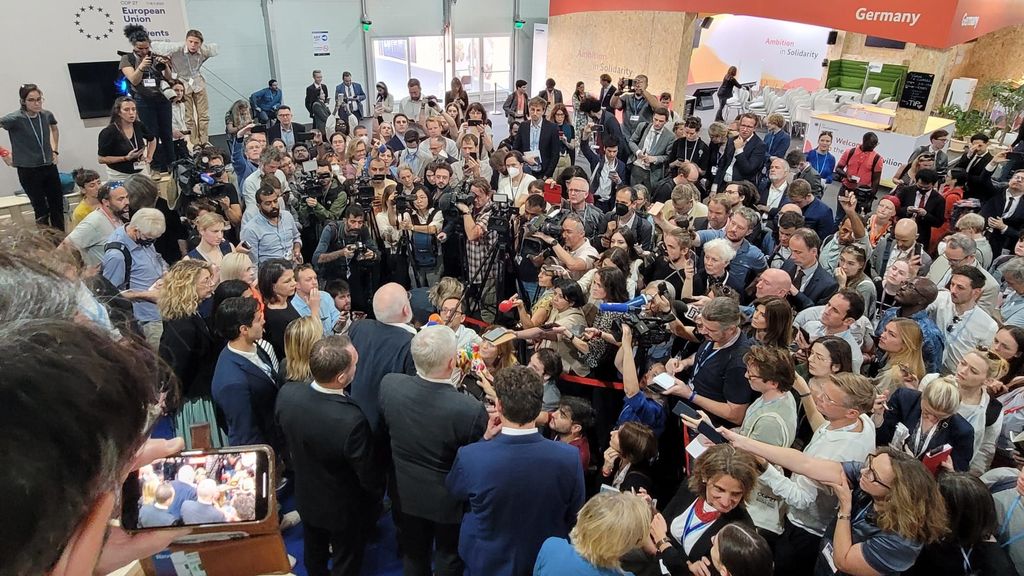 After more than two weeks of negotiations, an agreement at the climate summit in Egypt is not yet in sight. European Climate Commissioner Frans Timmermans is worried about the result. “All EU ministers are ready to leave if we don’t get a good result.”

The climate summit in the seaside resort of Sharm el-Sheikh should have ended yesterday, but two subjects are still under discussion: the acceleration of the reduction of greenhouse gas emissions and the establishment of a global climate damage fund for countries vulnerable to the consequences of climate change.

The United States, Australia, New Zealand and the United Kingdom, among others, submitted a proposal on this last night. The fact that the United States now also wants to participate is seen as important. This country has always been fiercely opposed to a compensation fund. The European Union has already declared itself in favor of such a fund.

The big question now is what other powerful countries think about it, especially China. China is formally still considered a developing country, but in practice, according to the EU, this is no longer the case. “We can only agree to a compensation fund if it is for the most vulnerable countries,” says Timmermans.

“Virtually all climate summits end only on weekends. And in the final phase, the contrasts are usually still great. But as fundamental as it is now, always on Saturday, it seems exceptional.

According to the EU, the target of a maximum warming of 1.5 degrees seems to be under discussion. Negotiations on a fund for climate damages mainly focus on the countries that will be able to claim it in the future. The EU indeed finds it unbearable that rich countries like Qatar or Saudi Arabia can also claim such a compensation fund.”

The European Commissioner stresses that the objective of a maximum warming of 1.5 degrees must be maintained. He says he has seen too little movement on the other side for the past few hours. “We will not accept a result if steps are taken backwards. We would rather have no deal than a bad deal.”

Despite his concerns, Timmermans believes a positive outcome is still possible today.

Climate and Energy Minister Rob Jetten, who is also in Sharm-el-Sheikh, is glum. He says some points from last year’s Glasgow climate agreement are up for discussion again.

“I don’t think anyone is happy with the progress made last night,” Jetten said. “We’re still waiting for text messages, but it feels like we’re coming back to Glasgow, and that’s unacceptable.”