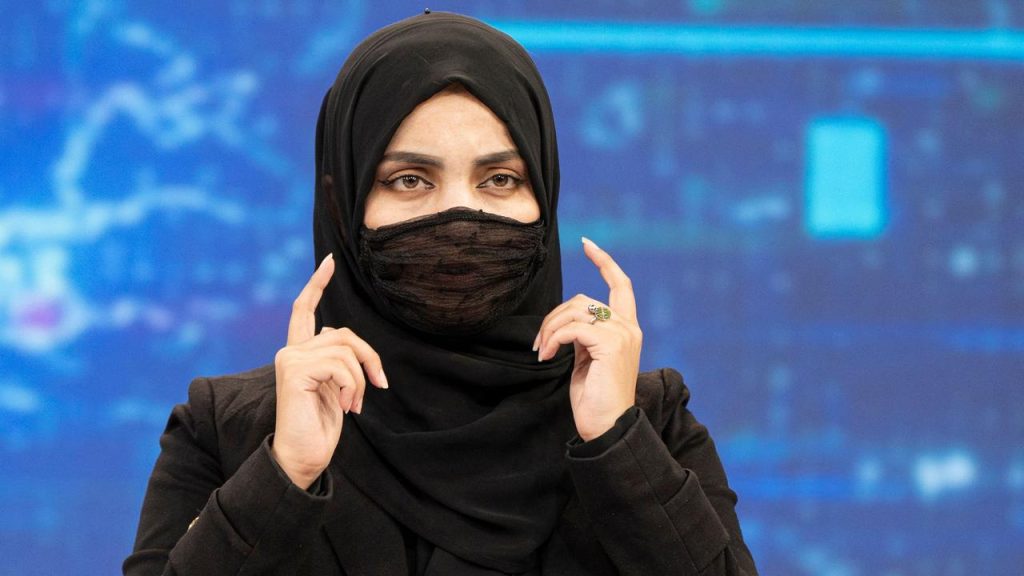 Female presenters from major Afghan news channels appeared on television on Sunday under pressure from the Taliban, wearing face-covering clothing. In doing so, they still followed the order of jihadist leaders, after ignoring the dress code on Saturday in protest.

The so-called Ministry of Promoting Virtue and Preventing Sin had called on Afghan television stations to enforce the dress code from Saturday. Previously, female television reporters were only required to wear a headscarf.

In protest, the channels broadcast TOLO news† Shamshad TV and 1TV Saturday, the three live programs where the presenters were not covered. “We resisted and were against wearing face coverings,” presenter Sonia Niazi told TOLO news versus AFP† “But TOLO news was pressured and told that any presenter who still appeared on screen without a face covering should find another job or simply be kicked out,” Niazi said.

As well TOLO newsDirector Khpolwak Sapai said the channel was forced by the Taliban to follow the order. “I got a call yesterday and was told in strict terms that we have to do this, so we are not doing this voluntarily, but under duress,” Sapai said.

A ministry spokesperson stressed on Saturday that the women risked being fired if they did not comply with the order. Men also run the risk of losing their jobs if their wives or daughters object to the dress code.

Earlier this month, Afghan women were ordered by decree to wear a burqa in public, much like under the first Taliban regime between 1996 and 2001. During this period, women in Afghanistan were also not allowed to work or go to school.

After taking power in August, the extremist Islamist organization said it was committed to respecting women’s rights in Afghanistan. In recent months, however, a ban on girls’ education has been announced.

Afghan women have also been banned from appearing on TV dramas since November and since March they are only allowed to board a plane if accompanied by a male family member. All kinds of restrictions for women are introduced, especially at the local level.