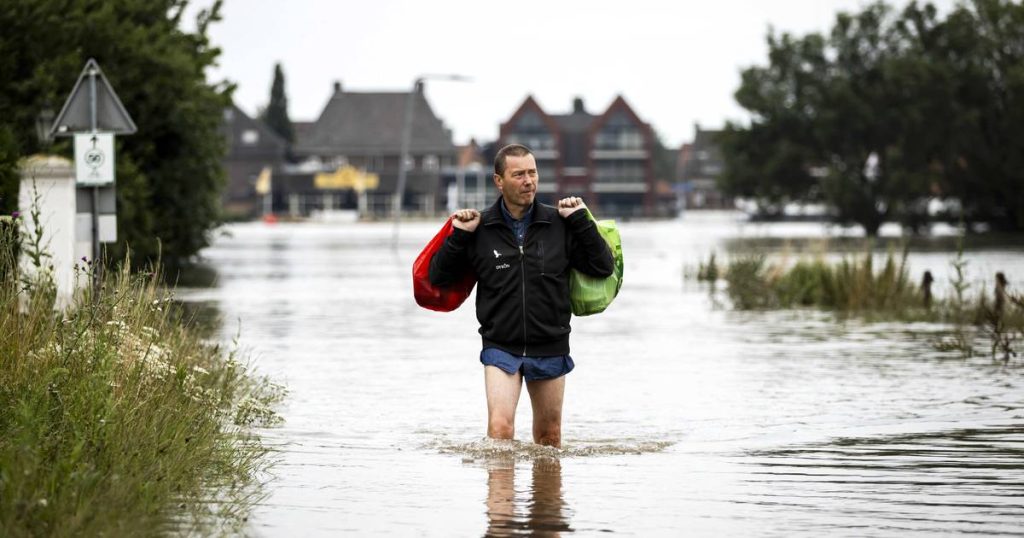 climate reportIn terms of weather, 2021 has been “a year of extremes” for Europe, conclude climatologists working for the European Union in their annual report. The summer was the hottest on record, Western European countries were ravaged by floods and the Mediterranean suffered from drought and forest fires.

The contrasts in 2021 are particularly stark, writes Copernicus Climate Change Service (C3S) in the European Climate Report. Over the whole year, the average temperature was only 0.2 degrees higher than the average for the last three decades. This is mainly due to the fact that the spring was cooler than usual and the frost lasted a long time. Temperature records were broken in summer.

Germany, Belgium and the Netherlands were hit by severe flooding after extreme rainfall, the report’s authors recall. An unofficial heat record of 48.8 degrees has been set in Italy. Parts of this country, Greece and Turkey, have suffered devastating wildfires. A total of 800,000 hectares of nature reserve in the Mediterranean region have caught fire, the report calculates. This is twice the area of ​​the province of North Holland.

Europe’s head of Earth observation, Mauro Facchini, calls this kind of data essential for meeting Europe’s climate goals. He warns, following the UN panel of IPCC climatologists, that “time is running out” to limit global warming to less than 1.5 degrees compared to pre-industrial times. “This report highlights the need for action because extreme climate-related events are already happening in Europe,” Facchini said.

A setback in renewable energy generation over the past year has been low wind speeds in parts of Western and Central Europe. This issue has occurred in countries like Germany, Ireland, UK, Czech Republic, and Denmark. As a result, the wind turbines were spinning slower and therefore providing less green energy than normal. In some places it hadn’t blown as lightly since 1979 as it had in 2021, according to Copernicus.