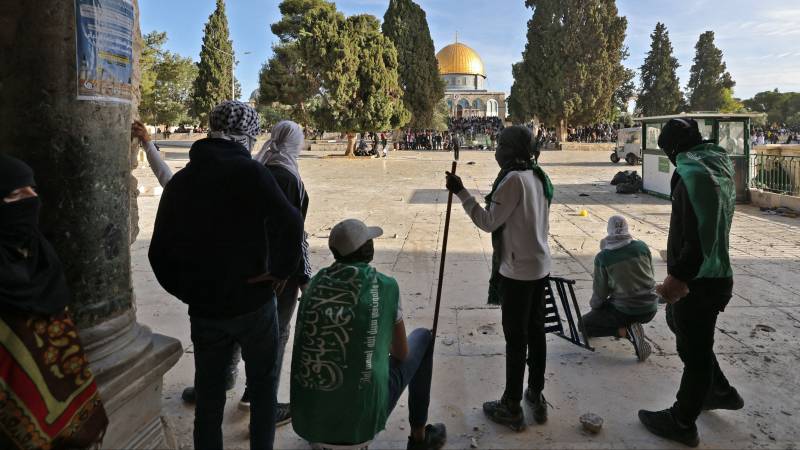 Major Islamic, Jewish and Christian holidays coincide this year, increasing tensions. Palestinians and Israeli police have clashed more often in recent weeks. Last week Israeli security forces even attacked during Ramadan inside al-Aqsa Mosque† It is rare and just now it was considered by the Palestinians as unnecessary and as an ultimate provocation.

Israeli authorities on the Temple Mount have determined that as of today, no Jewish visitors are permitted on the mountain, as the last ten days of Ramadan have begun.

This week rockets were fired into Israel from Gaza for the first time in months. Hamas, which controls Gaza, had previously warned that any incident at al-Aqsa Mosque in East Jerusalem would mean crossing a “red line”. The Palestinian militant movement has accused Israel of condoning attacks on believers.

Israeli Prime Minister Bennett said Hamas was engaged in a smear campaign and that Israel was doing everything possible to ensure that all religious groups enjoyed their holidays safely.

The rocket attacks were all intercepted by Israel’s air defense system, but Israel launched airstrikes on the Gaza Strip on Tuesday in response: