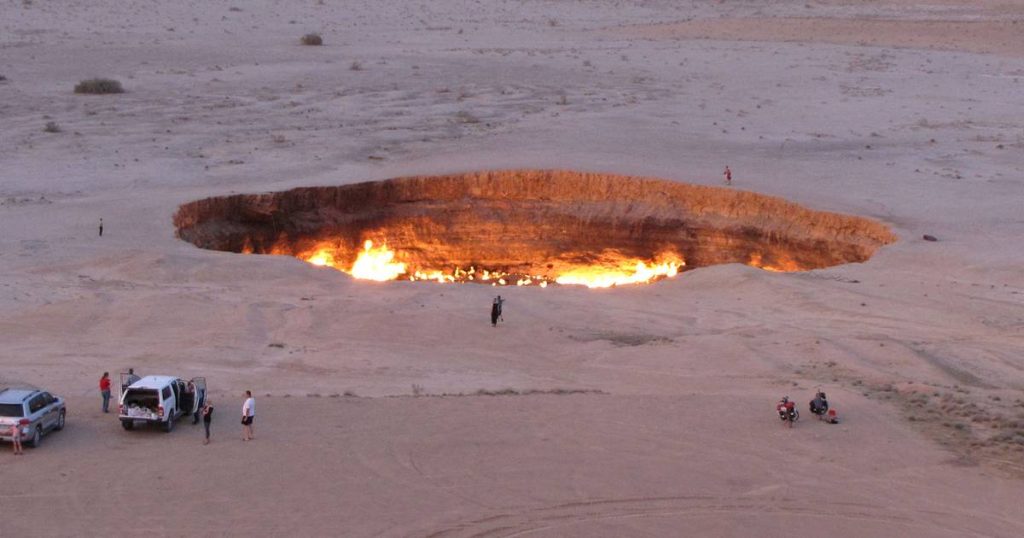 VIDEOTurkmenistan wants to close “the door to hell” – a burning crater that has been burning there for half a century. This is the Darvaza crater, located in the Karakum desert and has since become a tourist attraction.

Why does the Central Asian republic suddenly want to close its tourist attraction after half a century? President Berdymoukhamedov believes that the flames and gas produced have a negative impact on the environment and the health of people living nearby, he said in a televised address. He then ordered the competent authorities to find a way to extinguish “the door of hell”.

The origins of the burning crater can be traced back to 1971, when geologists from the former Soviet Union searched for gas when they discovered a huge underground space. However, the “cave” collapsed, creating a huge crater about seventy meters wide and twenty meters deep. To prevent the spread of poisonous gases, scientists set the crater on fire in the hopes that the fire would be extinguished soon.

Half a century later, the door to hell, which also gives off an acrid smell of sulfur, is still alive and well and has become a tourist attraction.

In 2010, the President of Turkmenistan had already announced that he would close the crater. Over ten years later, that still has not happened.


Unfortunately, we are unable to display this social post, live blog, or otherwise as it contains one or more social media elements. Accept cookies from social networks to continue showing this content.