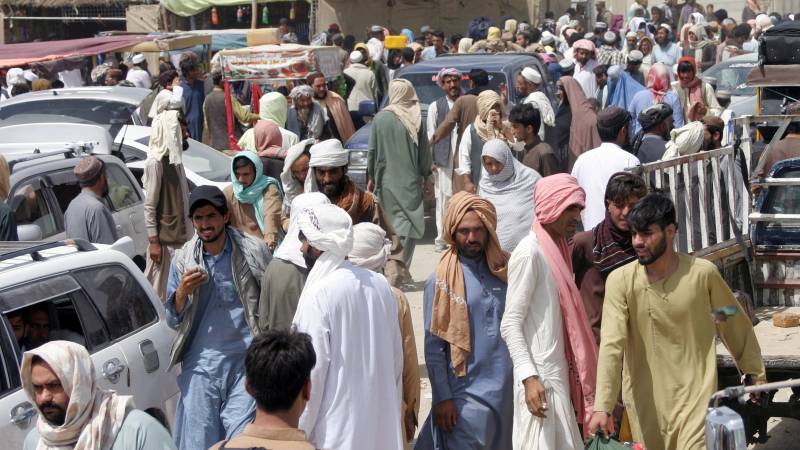 The number of Afghans trying to flee to neighboring Pakistan has increased dramatically in recent days, multiple media reported. An official at the border post in the southern town of Spin Boldak told the DPA news agency that around 10,000 Afghans cross the border every day. Normally around 4,000 Afghans a day cross the border there.

In the British newspaper The Guardian A local Pakistani health official speaks of an unprecedented increase in the number of Afghan refugees. Especially after Thursday, when many Western countries stopped evacuating and Kabul airport was hit by a attack, the number of refugees has grown rapidly, he said. Hundreds of thousands of Afghans have reportedly crossed the border between Spin Boldak (Afghanistan) and Chaman (Pakistan) in recent days.

This crossing is one of the most important border crossings between Afghanistan and Pakistan. The other is the border post in the town of Torkham, about 180 kilometers from Kabul. But its openness is currently limited: only Pakistanis are allowed to cross the border.

Yesterday, three Afghans were killed at the Torkham border post when Pakistani border troops fired at a group of refugees. Several Afghans were injured.

A spokesman for the Pakistani state of Balochistan, who includes Chaman, denies in The Guardian that a massive influx of refugees has started in the area. “There may have been a few individual cases, but there was no influx,” he says. “We will not accept Afghan refugees. The spokesperson specifies that the Afghans who have been admitted are received in refugee camps.

The UN refugee agency, UNHCR, has also said there does not appear to be a significant influx yet. The organization fears that half a million people in Afghanistan will flee the country in the near future. This is in addition to the 2.2 million Afghans currently registered as refugees abroad, according to the organization. Most reside in Pakistan and Iran.