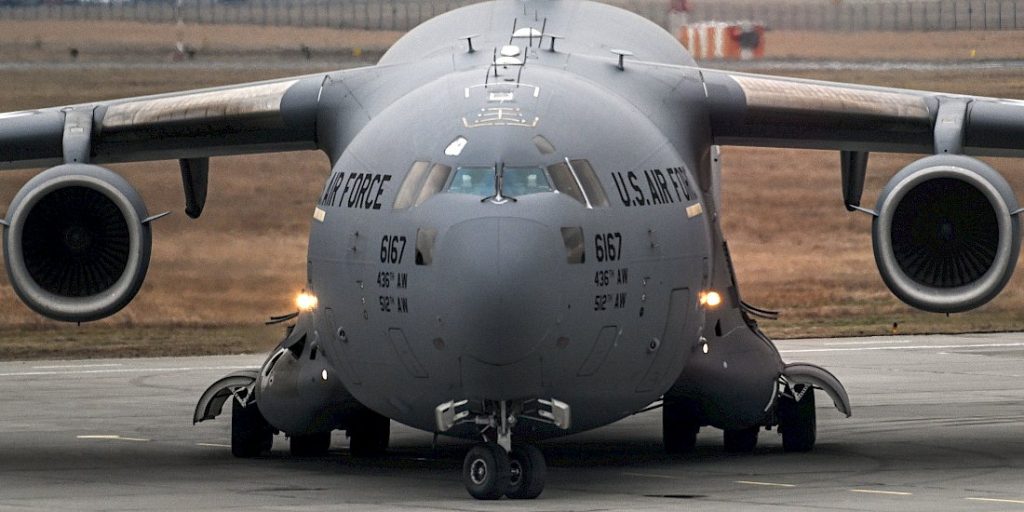 After unloading at Rzeszów Jasionka airport, the most dangerous part of the logistics operation begins: the transport of weapons to Ukraine. Russia has called Western arms convoys in Ukraine “legitimate military targets”.

Most weapons probably cross the border by truck. At Rzeszów airport cars are largely on a closed area, but in the parking lot on the other side of the terminal you can see how the equipment is loaded up close. By Mark Gibson, who drove all the way from the English city of Leeds with a van full of military uniforms. “We left yesterday morning, I’m devastated,” he said. A Ukrainian British football league agent had asked Gibson, a supporter of Leeds United FC, to help him carry the uniforms. “Then I got a call from a guy named Joeri,” Gibson said. “He said I had to come here to hand over the cases.”

The trucks with weapons next to the terminal are also civilians. This was most likely chosen to prevent discovery by the Russian military. Nor is the choice of Ukrainian drivers accidental: a direct confrontation between NATO soldiers and the Russian army is thus avoided. In short, the risk of transporting weapons is for the Ukrainians themselves.

The border between Poland and Ukraine is strictly guarded, so the possibilities of driving a truck in Ukraine are limited. It is very likely that trucks will take the A4 motorway eastwards, to cross the border at Krakovets. This border crossing is only an hour’s drive from the airport. The less busy border crossing at Hruszów is also an option, as is the border post further north at Rava Rus’ka or Medyka to the south. Any rail transport would also cross the border at Medyka, where many Ukrainian refugees enter the European Union.