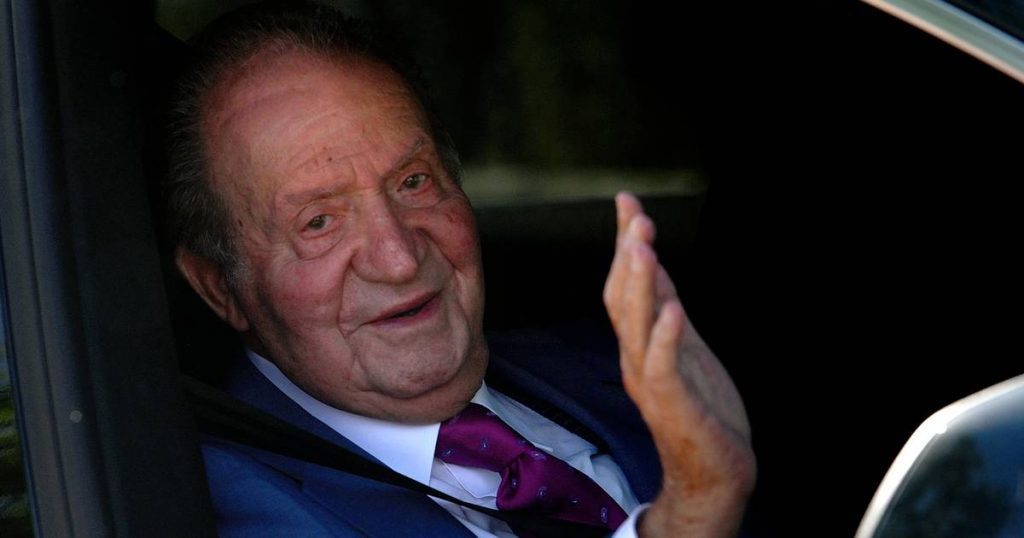 Abdicated King Juan Carlos who secretly left Spain in 2020 has after almost two years first visited his family in Madrid. He spent 11 hours at Zarzuela Palace in the north of the Spanish capital, Spanish media reported.

There, Juan Carlos saw his son, King Felipe VI, and his wife Sofia. The palace spoke in a press release of a “family reunion in the private sphere”.

Juan Carlos (84) left in early August 2020. He went into voluntary exile in the United Arab Emirates after being discredited for unclear financial dealings. The former monarch said he returned to Spain to ‘normalize everything’. He plans to visit Spain again in a few weeks and hopes this will attract less attention from politicians and the media.

The five-day visit that Wednesday started in Galicia, according to the Spanish media, would have been arranged with difficulty and through long negotiations. It also created tension between the former king and his son Felipe and between the government and the royal family. On Sunday, around 300 people demonstrated in Madrid against the visit of Juan Carlos, demanding that he be prosecuted.

Juan Carlos led Spain from 1975 to 2014. He officially retired as head of state for health reasons, but he retained his title.