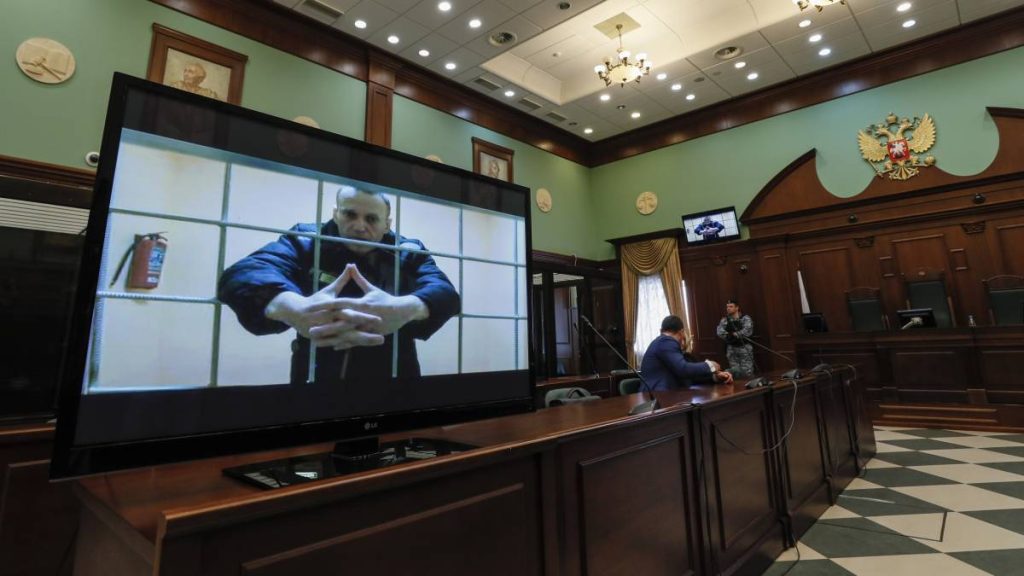 Russian opposition leader Alexei Navalny says he has been placed in solitary confinement, presumably because he founded a one-man trade union last week in the penal colony where he is imprisoned. Via Twitter, the Kremlin critic claims conditions in the 2.5 by 3 meter cell are dire. “It is very hot and there is almost no fresh air.”

Last week, Navalny revealed that he had formed a union for his fellow prisoners, of which he was the only member at the moment. In his own words, in this capacity he managed to replace the stools in the room where the prisoners have to do sewing work with chairs with backs.

“The road from union to isolation was shorter than I thought,” the opposition leader said on Twitter. Officially, according to him, the prison management gave another reason for the solitary confinement: Navalny regularly unbuttons the top button of his prisoner’s coat and it would be a violation of the dress code.

The 46-year-old Russian said last night that he has now been in solitary confinement for three days and will have to stay there permanently if his attitude does not change. “It’s not clear what the attitude is,” he says. “Against slave labor? Or against Putin?

“Navalny announced his temporary transfer to solitary confinement via social networks, but he himself does not have access to the Internet in the penal colony. These kinds of messages go through his lawyer or his family, to whom the detainees are sometimes allowed to Navalny wants to show that he is anything but a broken man, even though he has been imprisoned for a year and a half and will be in prison for years to come.

It is highly likely that Navalny is isolated because of the union he claims to have formed. Mobilizing others is a bold move for a prisoner. The prison management wants to appease this incarceration and temper the ardor of the co-detainees.

Information about the situation in Russian prison camps is slowly coming out. In recent years, more and more cases of torture have been reported. These reports were not specifically about IK-6 where Navalny is now imprisoned. But there are indications that torture is quite widespread, although there are local differences and it also depends on the leadership of the penal colony.”

Navalny has been imprisoned since June in the IK-6 penal camp, about 250 kilometers east of Moscow. Before that, he had been in another penal colony in the same area for over a year.

The Russian opposition leader calls the so-called “Special Housing Unit” (SHU) where he is currently isolated the harshest sentence in the prison system. The window would be small and no ventilation or air circulation would be possible. “Even cobwebs don’t move.”

“There’s an iron table, an iron bench, a sink, a hole in the floor and two cameras in the ceiling,” said Navalny, who describes his home as a “concrete doghouse.” He would only have access to a mattress and a pillow between 9 p.m. and 5 a.m.

Prison officials have yet to comment on Navalny’s statements. Russian state news agency Ria Novosti wrote last week about the opposition leader’s “unacceptable” trade union activities. He would have received an official warning for this.

NOS op 3 made this video on Navalny last year:

Navalny has been in prison since his arrest at a Moscow airport last January. He was then sentenced to 2.5 years in prison because, according to the Russian authorities, he had failed to comply with the obligation to report which had been imposed on him previously.

When the leader of the opposition was arrested, he had just returned from Germany. There he spent months in the hospital recovering from a nerve gas attack. According to the research collective Bellingcat the Russian secret services were behind this attack.

Navalny must now be incarcerated longer than the aforementioned 2.5 years. That’s because he was also sentenced to nine years in prison last March for large-scale fraud and contempt of court.