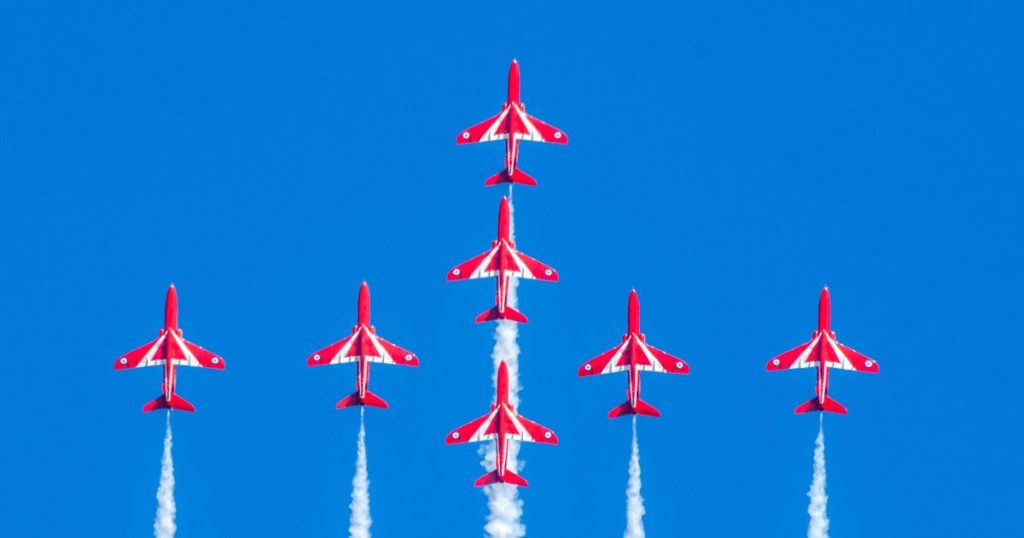 The Red Arrows capture the imagination of most Britons, as well as the tens of thousands of foreigners who see them every year at international air shows. The show team, established in the mid-sixties, graces many occasions. This was the case, for example, during the recent celebration of the Diamond Jubilee of Queen Elizabeth, who has been on the British throne for 70 years since the beginning of this year. Only now has it become clear that this was only possible thanks to foreign invaders who were called in at the last moment.

Tension in the display team peaked early this spring, reports The Sun newspaper. It all started with the departure of one of the pilots who took leave in January “for personal reasons”. In April, another driver left after complaining about the “hostile atmosphere” within the team. A few weeks later, a third driver was fired for allegedly having a relationship with a female team member, which is against the rules.

Everyone was on deck for the expected performance of the “Red Arrows” at the Defilé in early June during the Platinum party weekend. Pilots from France and Denmark were called in to ensure the usual nine-plane formation was in place for the Queen’s Salute.

However, they were unable to participate in demonstrations at the more than sixty international air shows the Arrows attend each year. The Sun quotes a former pilot of the team as saying the stripped-down version of a seven-person demonstration team is an “embarrassment” to British aviation.

The crisis within the Red Arrows has now sparked a full investigation, Britain’s Royal Air Force (RAF) has said. This season will continue with a thinner team. There is no place for the most spectacular formations, like the ‘Diamond’. Next year the team should be back in full force, and with every acrobatic formation imaginable.