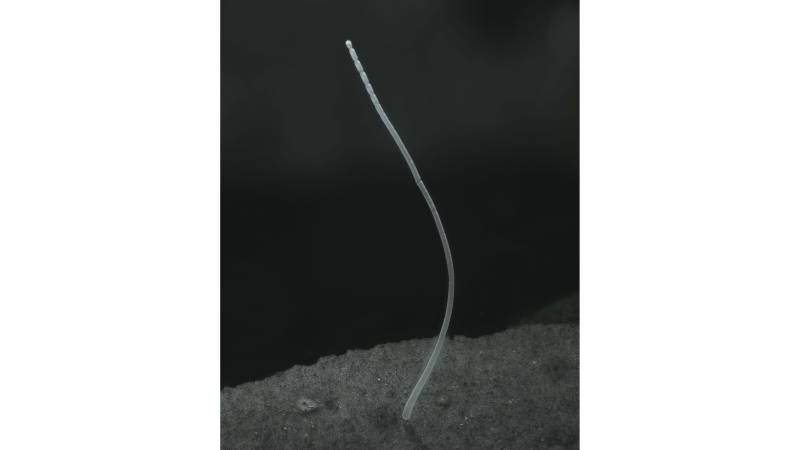 Virtually all bacteria need a microscope to see them, but scientists in the Caribbean have found a bacteria visible to the naked eye. It is a bacterium that has been given the name ‘Thiomargarita magnifica’. It is the largest bacterium ever discovered.

The bacterium was found in several places in a mangrove forest on the island of Guadeloupe, a French overseas department. The bacterium can be over a centimeter long and shaped like an eyelash hair. In addition, the bacterium is completely different from the inside than usual.

DNA is not free floating in the single cell that still constitutes a bacterium, but is contained in many small sacs surrounded by a membrane. The largest bacterium found was about 2 centimeters long.

Olivier Gros, co-author of the scientific article in Science and microbiologist at the University of the West Indies, had already found the bacterium in 2009. But he did not yet know that it was a bacterium. After much research in the laboratory, it turned out to be a giant bacterium.

A man as tall as Everest

“It would be like discovering a human the size of Mount Everest,” said Jean-Marie Volland of US National Laboratory Lawrence Berkeley, who also collaborated on the study. “This bacterium is five thousand times larger than most bacteria.”

The reason why the bacterium is so large is still the subject of further research. The researchers suspect that the size helps bacteria avoid being eaten.