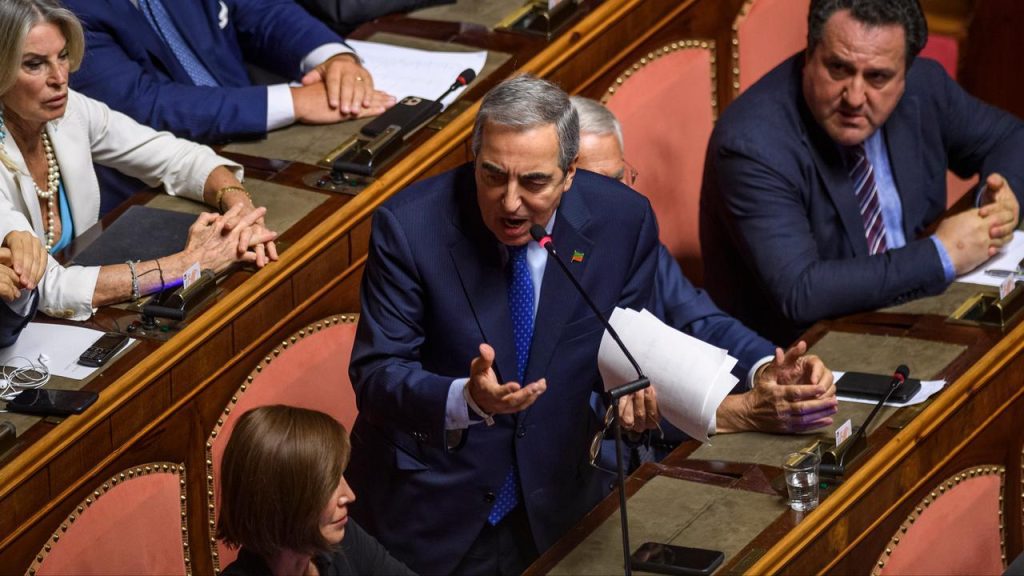 Italian Prime Minister Mario Draghi will resign for the second time in a week on Thursday morning due to a crisis within his coalition. The Italian news agency reports that ANSA Wednesday evening. Three coalition parties did not show up in a vote of confidence.

Last week, the 74-year-old prime minister announced his resignation. The reason for this was the absence of the Five Star Movement during a vote on a multi-billion dollar package that the government wanted to implement in the fight against high energy prices and inflation in Italy. Draghi interpreted this as a breach of trust within the coalition.

Italian President Sergio Mattarella refused Draghi’s resignation. Mattarella said the prime minister should return to parliament to assess the vote there. He won by 98 votes to 35, but three of his coalition parties abstained, including the Five Star Movement.

The center-right parties Forza Italia and Lega were also not present. Instead, they tabled a motion to form a coalition without the Five Star Movement. But this goes against the condition that Draghi had previously stated: he only wanted to continue if all parties in the coalition supported his government. This puts a definitive end to the term of office as prime minister of the politician.

The fall of the government means that elections will be held in Italy in September or October at the earliest.

A far-right party can take advantage of the government crisis

In Italy, all parties in parliament are currently also in government, with the exception of the far-right and post-fascist Fratelli d’Italia (Brothers of Italy). This opposition party could greatly benefit from the government crisis and possible early elections. New elections were already scheduled for spring 2023.

Draghi, former president of the European Central Bank (ECB), came to power last February and is Italy’s sixth prime minister in ten years. Within the European Union, there was a lot of attachment to Draghi’s stay, as he is seen as a stable leader.