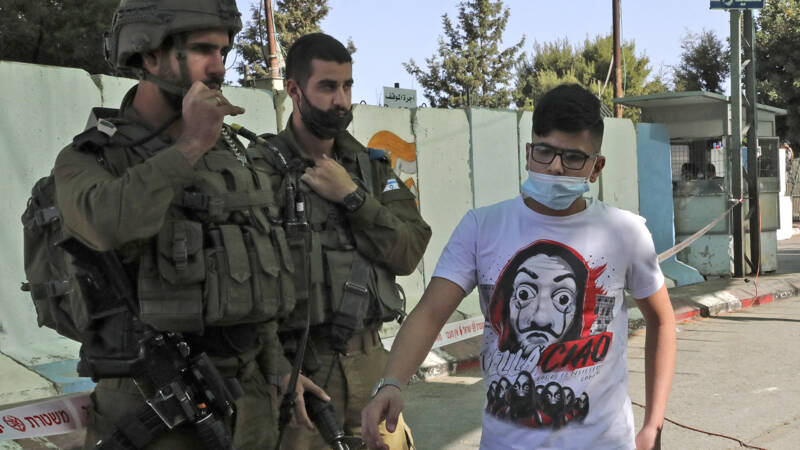 Israel has an apartheid policy towards Palestinian residents in Israel and the Palestinian territories, Human Rights Watch said in a new report. According to the human rights organization, Israel is thus trying to “maintain the domination of the Palestinians by the Israeli Jews”.

The Israeli government reacted strongly to the allegations, calling it a “false report”. HRW thereby violates Israel’s right to exist as a state for the Jewish people, said Minister Biton of Strategic Affairs and Public Diplomacy.

The use of the term “apartheid” seems to refer to the policy of structural discrimination pursued in South Africa for decades, but that is not what HRW means. Specific Israeli acts and rules can be considered apartheid under international law, according to the organization. Apartheid is a crime against humanity.

In the report of more than 200 pages HRW points out that 6.8 million Jewish Israelis and roughly the same number of Palestinians live between Jordan and the Mediterranean, but the Israelis have ruled it for decades.

“In virtually all aspects of life, Jewish residents are structurally privileged by the Israeli authorities and Palestinians face discrimination,” the report said. For example, according to HRW, Palestinians have been “to a greater or lesser extent expropriated, incarcerated, forcibly separated and subjugated because of their origins.”

A major pain point for the human rights organization is that residents of Jewish settlements in the occupied West Bank have more rights than Palestinians. There are roads that can only be used by Jews.

In addition, Palestinians in the West Bank are subject to military law and Jews to civil law, which offers much more protection. The right to self-determination is reserved for Jews, the report concludes.

Almost no freedom of movement

Even in occupied East Jerusalem, considered by Israel to be part of Israel itself, Palestinian residents have a status that gives them fewer rights. The fact that the Palestinian population is divided between the Gaza Strip, the West Bank and Israel, with hard borders and virtually no freedom of movement, contributes to oppression, according to HRW.

It is true that Israel’s 1.6 million Palestinian residents have active and passive voting rights, but that is not enough to free themselves from institutional discrimination, the human rights organization says. In practice, they are not allowed to enter much of Israel; they live on just 3% of Israeli territory, according to HRW.

Israel calls the allegations “ridiculous” and “false” and says that Human Rights Watch is waging an anti-Israel campaign “unrelated to factual reality.” According to the Israeli government, HRW has pursued an international boycott of Israel for years.

Israel points out that the report was written by Omar Shakir, the head of the Israeli-Palestinian branch of HRW. Shakir is an American of Iraqi descent who died in 2019 was expelled from the country by Israel because he would support the movement that wants to boycott Israel. He himself contradicts this.