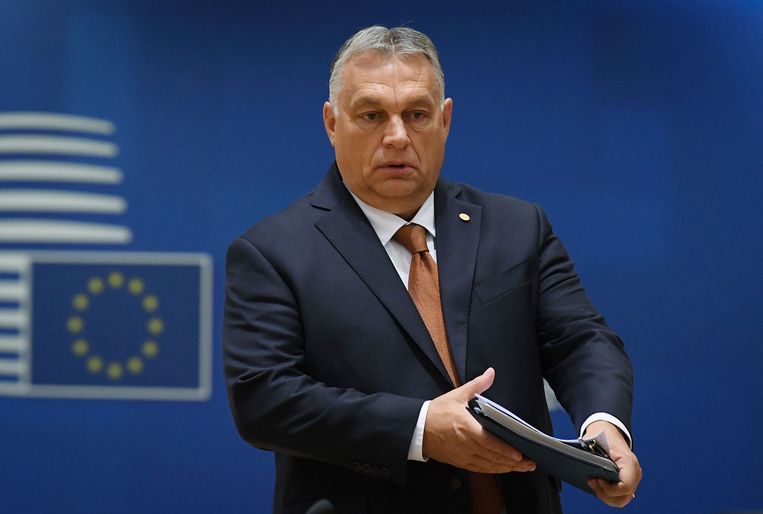 If the Commission finally concludes that Prime Minister Orbán’s government is actually harming the financial interests of the EU, it will propose to stop or suspend the subsidies. This is decided by EU countries. Hungary can count on around 40 billion euros in EU subsidies in the coming years and therefore has a lot to lose.

The new rule of law test was introduced at the end of 2020 because the existing measures against fraud with EU money are inadequate. It has annoyed some EU leaders, the European Parliament and citizens for years that Hungary and Poland are playing EU principles of democracy, but meanwhile are the main beneficiaries of the EU money. The European Court of Justice gave the green light to the new subsidy test in February this year, overruling objections from Warsaw and Budapest.

According to the officials concerned, the letter sent by the Commission to Budapest on Wednesday is clear. It’s a long list of “evidence and serious suspicions” of abuse with EU money: favoritism in the bidding for EU-funded projects; poor control over the spending of EU money; fraud and corruption; hindering prosecution for misuse of the EU budget; as well as the lack of anti-fraud policies. Over the past ten years, Hungary has had to repay EU grants more often than any other EU country. “But it didn’t lead to any improvement,” a Commission official said.

The new rule of law test is a heavier sanction than the existing ‘financial corrections’. If the financial interests of the EU have been harmed – or if there is a strong chance that this will happen – the Commission can, in principle, suspend EU grants in all areas. The amount of money that Hungary loses then depends on the extent and duration of the abuse.

The Commission’s letter to Orbán’s government is the first step. Budapest now has two months to respond to the suspicions and take action. If these are not provided, the Commission will send a second letter. If there is also no satisfactory answer to this question, the Commission will make a proposal to limit the flow of subsidies.

EU countries decide by qualified majority, so Poland and Hungary cannot block it. The whole process can take up to nine months.

Poland has not yet received a letter from the Commission. According to Brussels, this has nothing to do with the current political situation in which Poland hosts most of the Ukrainian refugees and is at the forefront of resistance against Russian aggression in Ukraine. According to Commission officials, the misuse of EU funds in Poland is less clear than in Hungary and therefore further investigation is needed.

D66 MEP Sophie in ‘t Veld – one of the fiercest critics of the undermining of the rule of law in Hungary and Poland – welcomes the Commission to initiate proceedings against Budapest. “Better late than never, but it is incomprehensible that Commission President von der Leyen has acted so slowly.” In ‘t Veld points out that Orbán has just been re-elected with a large majority and “will feel little pressure to change his autocratic and kleptocratic course”.