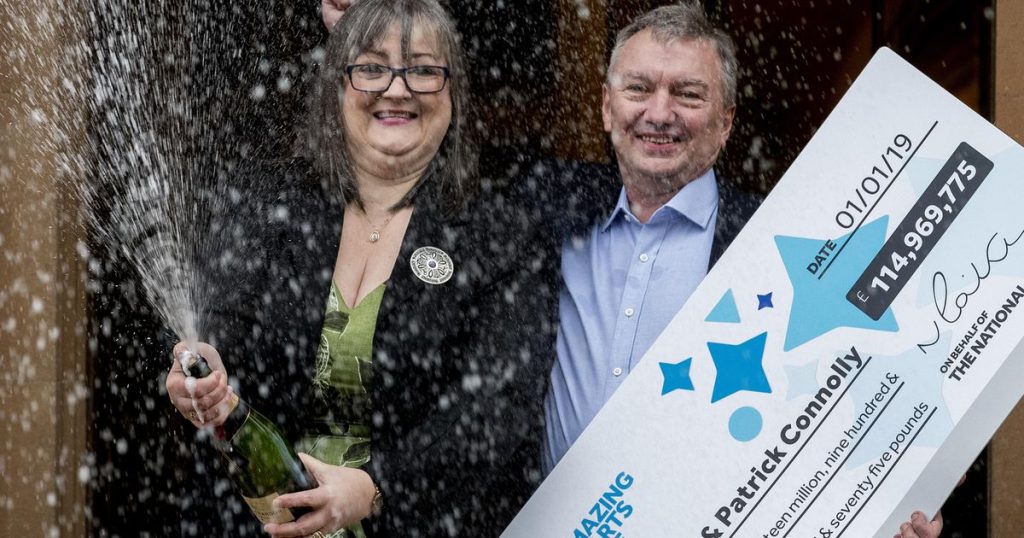 Frances Connolly (55) and her husband Patrick from Hartlepool, in the north of England, won 115 million pounds (about 180 million euros) in 2019 with EuroMillions. They agreed on a budget they would donate each year to charity, but Frances says he has already “spent it until 2032”. Connolly estimates she has already given away £60million, more than half of their profits. “But I don’t keep track of it, because I would be worried if my husband saw it,” she jokes.

“Helping others gives you a thrill, it’s addictive. And I’m addicted to it now,” said the former social worker and teacher. She has since set up two charitable foundations: one named after her late mother Kathleen Graham in her native Northern Ireland, and the other PFC Trusta foundation that supports young local carers, seniors and refugees in his hometown.

The Connollys bought themselves a six-bedroom, seven-acre house after their profit in Durham, but Mr Connolly still drives a used Aston Martin. However, the idea that they would spend the money on luxury yachts makes Frances Connelly shudder: “When I read that someone spent £25,000 on a bottle of champagne, I immediately thought that with this money, you could have helped a young person to buy a house.”

“Why am I so happy to give so much? Why shouldn’t I? I’ve done this all my life. Winning a huge sum of money can change someone’s life, but it doesn’t change your personality. Do I have any advice for someone who also wins the lottery? Money allows you to be the person you want to be.