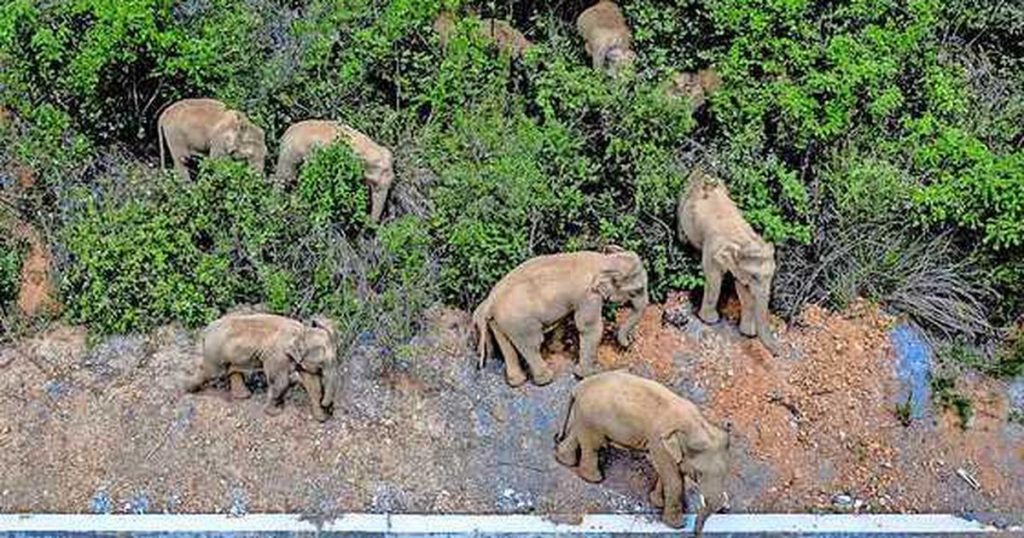 On their way, they created dangerous traffic situations and feasted on food and crops. For months, the local authorities did everything they could to limit the damage caused by the animals as much as possible. But despite the trucks, roadblocks and dozens of employees and experts with bait food, it was not possible to get the elephants to a safe place.

Now, after more than a year of touring southwest China, the animals finally seem to be on their way to the forests where they began their nearly 1,000 (!) Kilometer “road trip”. The furthest point the animals reached was 500 kilometers north of their original habitat. The animals settled in the suburb of the Chinese metropolis of Kunming, but decided to head south from that point on.

Finally, the herd crosses the Yuanjiang River. A return to urban areas therefore seems out of the question.

On Sunday evening, the herd – of 14 elephants of varying ages and sizes – crossed a bridge overlooking the Yuanjiang River. As a result, the way is finally open to return to the reserve where they originally lived and a return to urban areas is excluded. The animals still have about 200 kilometers to travel to their habitat.

Due to the expansion of agriculture and urban planning in China, protected Asian elephants – only around 300 remain – have increasingly less living space in the country. According to experts, this explains why the animals “went for a walk”.