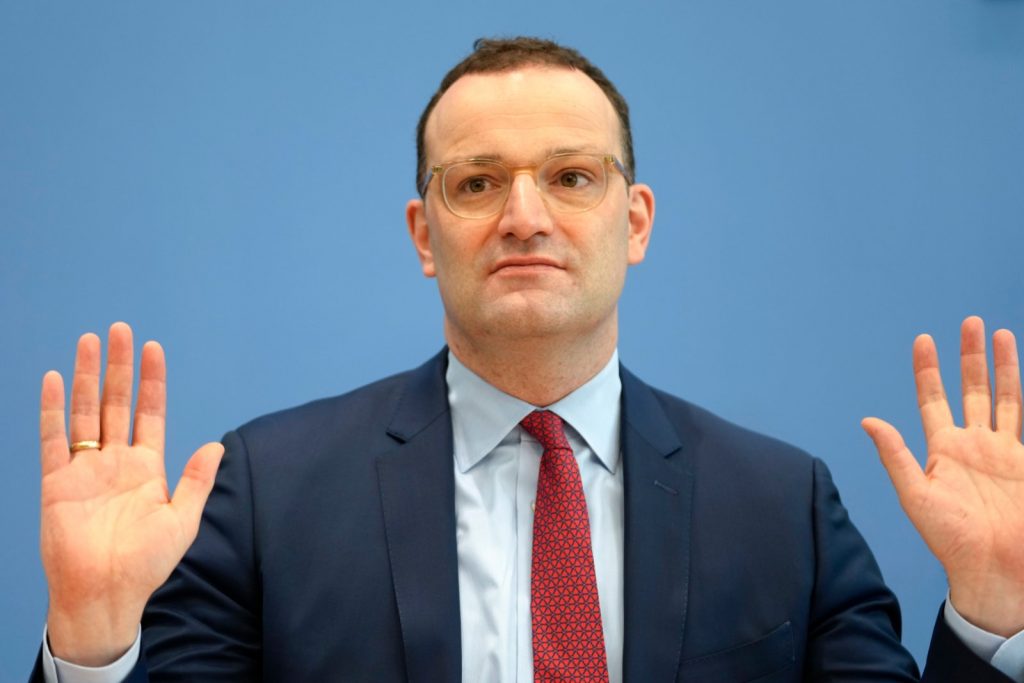 The three parties negotiating the formation of the next German government have agreed on a package of measures to deal with the record number of Covid-19 cases. An attempt is made to avoid far-reaching restrictions, such as school closures and curfews.

The legislation, which the SPD, the Greens and the FDP want to pass through parliament next week, should provide a national framework. For example, they must give regions the space to tighten restrictions in coronavirus hotspots. The regulations are expected to replace a law that expires on November 25. The measurements – many of which are already in place – include distancing and hygiene rules, mandatory masks, and some restrictions on public events and travel.

“We are sending the signal that we are taking our responsibilities,” SPD Secretary General Lars Klingbeil said in an interview with Deutschlandfunk radio. “We want to provide legal certainty and guide this country through a difficult period. “

Lawmakers from all three parties decided to drop existing legislation and draft a new framework, fearing that some of the previously agreed measures would interfere too much with citizens’ rights and may have violated the German constitution.

According to the latest data from the National Institute of Public Health (RKI), the number of cases of the disease in Germany has remained reach a record 213.7 cases in seven days. This number is increasing across Europe. The continent fears it will be forced into yet another damaging lockdown.

German Chancellor Angela Merkel has warned that hospitals in some hot spots are under increasing pressure. He therefore called for national coordination of measures.

Health Minister Jens Spahn called the recent situation a “massive pandemic of the unvaccinated” and finally called on them to get vaccinated. As of Monday, just over 67 percent of the population had been fully immunized and just under 70 percent had received at least one dose.

Spahn and his regional colleagues agreed last week to push for booster vaccinations for all adults. He added that strengthening protection after six months of full vaccination “should be the rule, not the exception.”

“All necessary measurements are included”

Michael Mueller, the SPD mayor of Berlin, said he and his fellow regional leaders would likely meet with Merkel and Spahn “next week” to coordinate policy.

Some of the 16 German states with a higher infection rate, including Bavaria and Saxony, have already made the measures stricter than other regions.

“There will always be regional differences, because even though the numbers are increasing globally, we are seeing that some states are in a better position than others,” Mueller said in an interview with ARD TV.

All the measures Germany needs to tackle the virus – in addition to the vaccination campaign – will be included in the new legislation, he added.