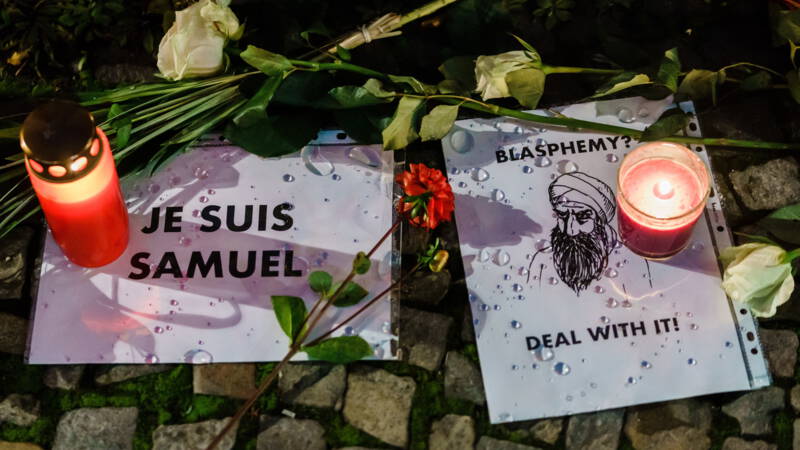 The French schoolgirl who accused Samuel Paty of Islamophobia admitted to not attending the class that killed the humanities professor. Paty was beheaded last year after showing his students cartoons of the Islamic Prophet Mohammed.

The 13-year-old told her father that Paty asked all Muslims to leave the classroom during class. This is said to have happened when he showed the cartoons. The girl’s father was angry about it and called for action on social media.

Due to the father’s hate campaign, a Chechen Muslim extremist tracked down the 47-year-old teacher. The man killed Paty and was later shot dead by the police himself.

The girl herself was not in class during the relevant lesson on free speech and blasphemy, she now admits according to the French media. However, she had told her father that she had criticized during class and therefore had been suspended. The reason for her lie was that she didn’t want to reveal the real reason for her suspension.

According to correspondent Frank Renout, it was clear from the start that the girl was not being honest about this. “It soon became evident after a police investigation. But now she is only confirming it.”

Her lawyer said in court that her client “sincerely regrets” what happened and the damage she caused. The young girl is being sued for defamation. The father is suspected of complicity in the murder of Paty.