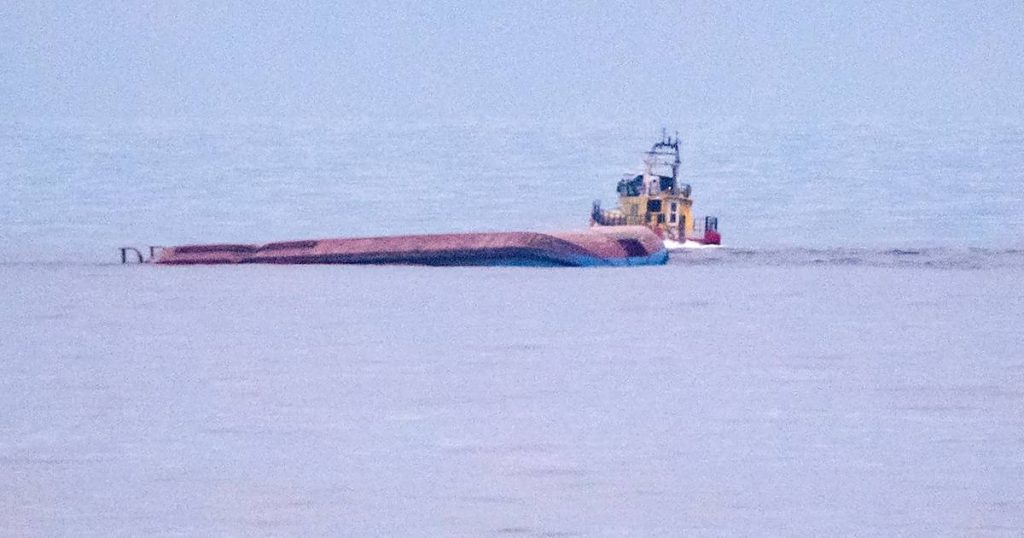 UPDATEThe Danish freighter Karin Hoej capsized last night in the Baltic Sea near Sweden after colliding with a British freighter, the Scot Carrier. A full-scale rescue operation attempts to save the two people aboard the ship from the icy water.

Jonas Franzen, spokesperson for the Swedish Maritime Administration (SMA), told BBC News rescue services received a distress call at 3.30am last night that British freighter Scot Carrier struck Danish freighter Karin Hoej, after which he capsized. . They went out immediately. Upon arrival, they heard “screams in the water” from the capsized vessel. There were only two people on board the Karin Hoej.

The rescue operation is a big job, but it must be rushed, given the situation in the Baltic Sea: “It is very cold and dark there,” explained Franzen. “Right now, the water is about 4 degrees Celsius and the air is about 5 degrees.” The Swedish health authority shares that you normally cannot survive more than an hour in these conditions without wearing protective clothing.

Two helicopters and several Swedish and Danish boats helped rescue services sweep the sea around the capsized vessel, but the search has since been halted. Divers have been dispatched to see if people on board are in a bubble in the ship, but “we haven’t found anyone yet,” Franzen said. The chances of them coming out alive are getting smaller and smaller.

It is not yet clear how the two ships, which were heading in the same direction, were able to navigate against each other. According to the Danish meteorological offices, the light was hazy, but not so bad that the ships couldn’t see each other. Swedish authorities are investigating the existence of “gross negligence”. Alcohol may have been involved on one of the two boats, reports BBC News.

The 55-meter-long Karin Hoej was traveling from Sweden to Denmark without cargo. The Scot Carrier, 90 meters long, was on its way to Scotland. It is not known what the British ship was carrying in terms of cargo and people.

The Karin Hoej capsized between the Danish island of Bornholm and the Swedish coastal village of Ystad:


Unfortunately, we are unable to display this social post, live blog, or otherwise as it contains one or more social media elements. Accept social media cookies to continue viewing this content.