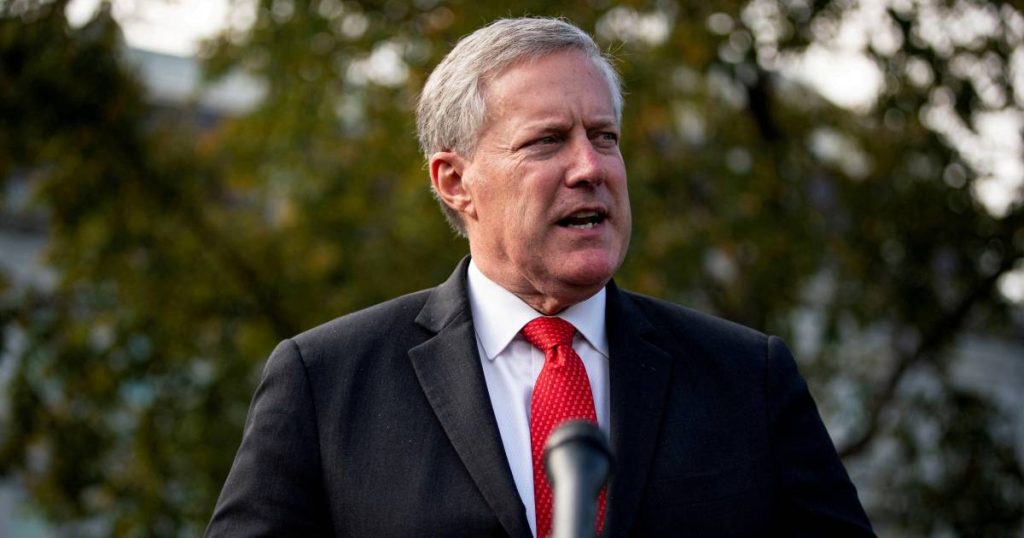 The seven Democrats and two Republicans on the committee unanimously approved a report to prosecute Meadows for his refusal to fully cooperate with the investigation. The entire House of Representatives must then vote.

The former chief of staff is said to have appeared before the parliamentary committee first, but has let it be known through his lawyer that he no longer intends to do so. The chairman and vice-chairman of the committee complained that Meadows was providing all manner of relevant information in a new book “which he is currently promoting and selling”.

“Whatever legacy he thought he left in the House, it is his legacy now,” said committee chairman Bennie Thompson of former Republican congressman from North Carolina. “His former colleagues who now want to sue him for not answering questions about a brutal attack on our democracy. That’s his legacy.”

The parliamentary committee announced Monday that Meadows wrote in an email the day before the Capitol attack that the National Guard would stand ready to protect pro-Trump protesters. According to the committee, the email was one of the subjects he had wanted to question him about. He is also said to have helped Trump in his efforts to reverse the election results.

Meadows’ testimony is considered very important as he was Trump’s senior aide at the time and was with him in the White House when rioters broke into Capitol Hill. According to the commission, he was bombarded with text messages from people close to Trump during those hectic hours, to persuade him to act.

Some of them were shared by the committee on Monday. So, Trump Jr. said, ,, He must condemn this … as soon as possible. The Capitol Police tweet is not enough. Meadows reportedly replied, “I’m doing everything I can. I agree. And Fox News host Laura Ingraham wrote, “Mark, the president has to tell the people on Capitol Hill to come home… it hurts us all… he’s destroying his legacy.” “

The House of Representatives could vote on the committee’s recommendation as early as this week. The Ministry of Justice must then decide to prosecute.