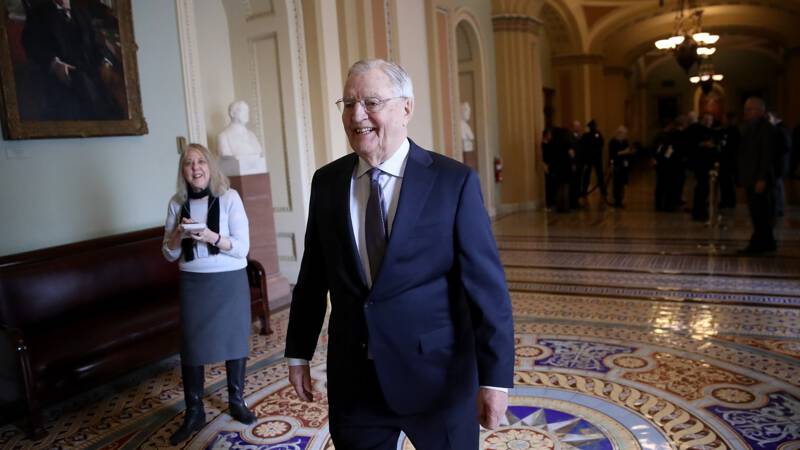 Mondale himself also tried his luck for the presidency in 1984, but had to lose it to incumbent President Ronald Reagan. Mondale won only his home state, Minnesota and the District of Columbia.

In his campaign, Mondale had bluntly told voters they could expect a tax hike if they elected him. Years later, he would come back. “History has proven me right. It wasn’t popular, but it was okay,” he said of the tax hike.

Mondale was, among other things, a Minnesota attorney prior to his political career. In 1964, he became a senator and then vice-president. After his unsuccessful attempt to succeed Reagan, he became a lawyer again. Under President Clinton, he was also Ambassador to Japan in the 1990s.

In 2002, he suffered a painful defeat in his home state of Minnesota. That year, Democratic Senator Paul Wellstone was killed in a plane crash. At the urging of the Democratic Party, Mondale competed in the Senate election two weeks later. He lost, still proudly proclaiming that he had never lost an election in his own state.

Carter said in an early response that Mondale was the best vice president in U.S. history. According to him, he is a great example for anyone in public office.

Former President Obama points out that Mondale has definitely changed the position of vice president and given him more influence. He also congratulates him for choosing Geraldine Ferraro as running partner. It was the first time that a presidential candidate of a major party had chosen a woman to run for vice-president.