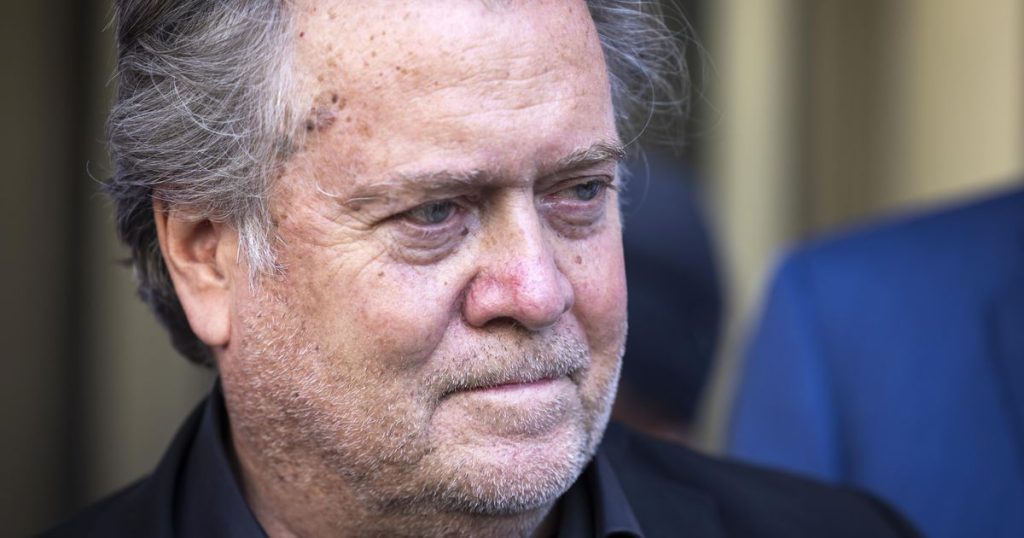 The jury found Bannon, 68, guilty of two counts: refusing to testify before the House committee and refusing to provide documents to that committee. Bannon’s penalty has yet to be determined. Contempt of Congress is punishable by imprisonment ranging from 30 days to one year, as well as a fine of $100,000 to $100,000.

The last time a defendant was found in contempt of Congress was in 1974. At the time, it was Gordon Liddy, a conspirator in the Watergate scandal that led to the resignation of President Richard Nixon.

The committee wanted to hear Bannon’s testimony because the day before the attack he spoke to Trump at least twice and attended a planning meeting at a Washington hotel. Later that day, he said on his podcast that “all hell will break loose tomorrow”. Earlier this month, just before his contempt of Congress trial began, Bannon suddenly announced his willingness to testify in a public hearing before the committee. That didn’t change the fact that he had previously broken the law, prosecutors said.

Bannon’s conviction could strengthen the committee’s position to obtain testimony and documents from those around Trump. Last year, Trump told his staff not to cooperate with the commission, which he says is politically motivated. In addition to Bannon, Trump stalwarts such as Peter Navarro, Mark Meadows and Daniel Scavino also complied with Trump’s request. Navarro will be tried in November for contempt of Congress. Meadows and Scavino escaped because they finally cooperated with the committee.

Bannon was a key adviser to Republican Donald Trump’s presidential campaign in 2016, then served as his senior adviser in the White House until 2017. Bannon has been prominent in far-right media for decades.