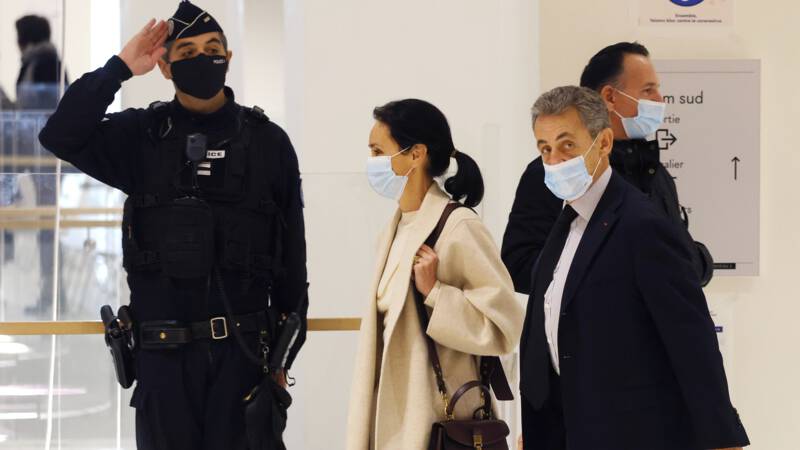 In his court statement in December, Sarkozy said he was the victim of lies. “I have never abused my perceived or real influence,” he said. “What right do they have to put me in the mud like this for six years?” Is there no rule of law?

“I didn’t even think about the fact that we were doing something unacceptable,” he said in December. He also said he had not received any confidential information from Azibert.

In an investigation into the 2007 election campaign, the courts recorded conversations between Sarkozy and his lawyer Thierry Herzog. It was accidentally discovered that the two were having other conversations, via a secret phone with a different name.

Sarkozy may have been informed at some point that the phone had been tapped and that is why Azibert ultimately did not get the job in Monaco.

Azibert was tried with Sarkozy and his lawyer Herzog. The two lawyers received the same sanction as the former president. They too have consistently denied the allegations.

Sarkozy’s lawyer in the criminal case said in his plea that the whole case was based on “conversations between a lawyer and his client”. There is not the slightest proof, there is no testimony, she told the judge.

Later this month, Sarkozy will be tried again, along with thirteen others. Then there are allegations of illegal financing of the campaign for the 2012 presidential election, which he lost to socialist François Hollande.

Sarkozy is still popular among right-wing conservative voters and plays an important role behind the scenes.