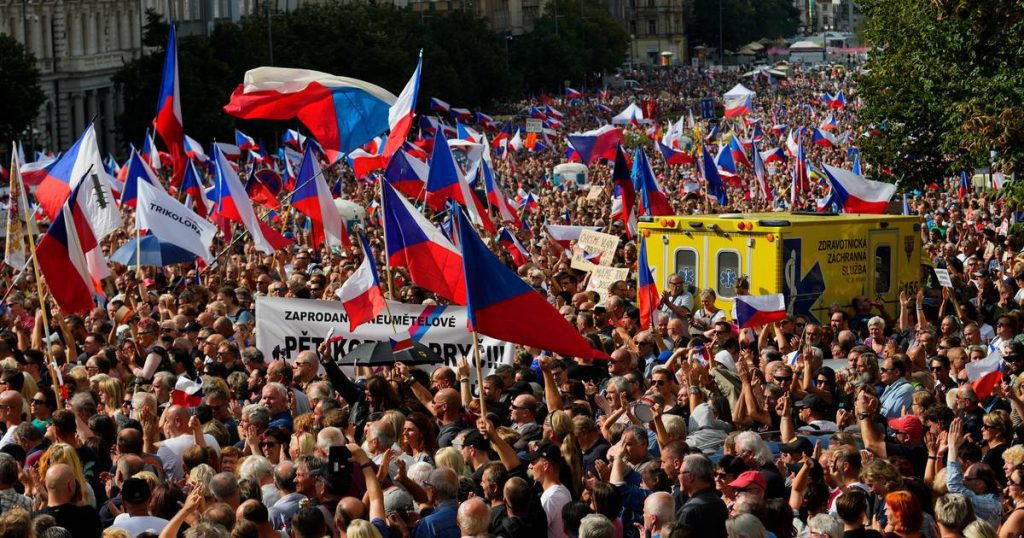 with videoIn Italy and the Czech Republic, several tens of thousands of people have demonstrated in recent days against the effects of the energy crisis which is gripping the entire European continent.

Tens of thousands of Czechs took to the streets of Prague today to express their concern over the energy crisis. They asked for more support from the government to keep paying bills and groceries. Many demonstrators also carried banners denouncing European Union and NATO membership.

Inflation in the Czech Republic is currently the highest since 1993, mainly due to housing costs and energy prices. The central bank even forecasts a 20% peak in the coming months. The government has pledged a total of 177 billion crowns (7.2 billion euros) in state aid.

Enraged protesters in Naples, Italy, burned their energy bills and besieged the town hall yesterday. “We don’t pay the bills!” Now it’s going to be chaos! they chanted. Meanwhile, the outgoing Italian government is working on contingency plans to save energy and cut bills, ministers said last week.

Gas and electricity prices have reached historic highs in Italy and in other European countries, Russia, on which Italy is heavily dependent for gas, has reduced its supplies following the invasion of Ukraine.

There is also a lot of social unrest in the Netherlands over rising energy prices. To somewhat offset the runaway inflation, a 15 billion euro purchasing power repair plan being developed, particularly aimed at low- and middle-income people. The package will be officially presented on Prinsjesdag.