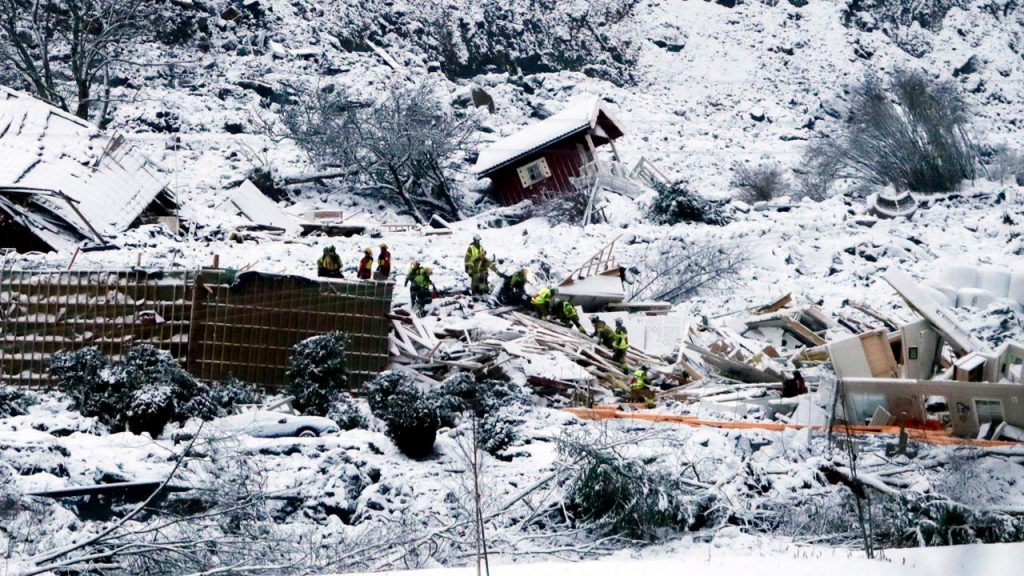 Norwegian rescuers discovered a first death following the landslide in the Scandinavian country, which took place overnight from Tuesday to Wednesday. Nothing has yet been released on the identity of the victim. Around nine people are said to be missing, including children.

Rescuers have been looking for survivors for several days. This is difficult due to the unstable clay soil in which they have to work. Despite this, police were able to reach the center of the affected area on Friday.

The police stress that they are not talking about a rescue operation, but a rescue operation. The rescuers involved hope to find survivors. They say it should still be possible, despite the snowfall and unstable ground. As long as the victims can breathe, they can survive for days in these conditions, rescue workers said.

The landslide hit a neighborhood in the city of Ask, about 40 kilometers northeast of the capital, Oslo. Ten people were injured, including one seriously. About ten buildings were destroyed and about a thousand people were evacuated.

Norwegian King Harald said in a statement Thursday that he sympathizes with the residents of Ask. “My thoughts are with all those who have been affected, injured or lost their homes, and to those now living in fear and uncertainty as to the scale of the disaster,” said the 83-year-old king .