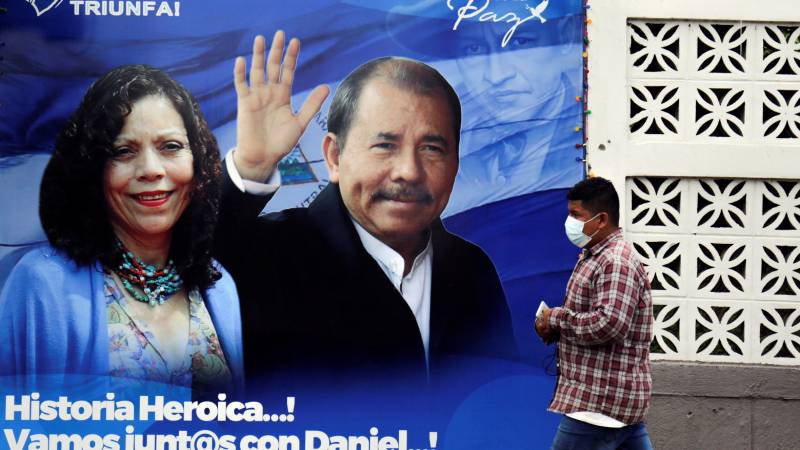 In Nicaragua, people are going to the polls today for the presidential election. But the election results appear to be fixed. Outgoing President Daniel Ortega will once again rule the Central American country after detaining key opposition figures.

The former guerrilla Ortega, who along with other fighters ended Anastasio Somoza’s dictatorship in 1979, will then become president for a fourth consecutive term. With his wife Rosario Murillo, also vice-president, always by his side.

“Everyone on the ballot is either the president or a member of one of the parties who are so tiny they can’t tell the difference,” Julienne Weegels told NPO Radio 1 In view of tomorrow. She is a researcher at the Center for Latin America Studies at UvA. “These parties are in fact already fully affiliated with Ortega.”

Ortega, a leftist, has been in power in the Central American country since 2007, having served as president from 1985 to 1990. In 2018, major social protests erupted against his regime, which he knocked down with a heavy hand.

Hundreds of people have died in these protests. The numbers range from two hundred to five hundred. Since these protests, Ortega has full control over the country. In May and June of this year, opposition members arrested who were preparing for the elections.

In total, around 40 members of the opposition, including seven presidential candidates, were imprisoned. “Logical enemies and old allies have been pinned down,” Weegels said. “In fact, all those who put a little straw in his path, he stopped them in advance.”

But business people and journalists are also stuck. According to Weegels, the country’s largest newspaper was closed in August after police raids. “It was the last medium that was still a bit independent.” Foreign journalists are not allowed to enter the country to report.

US Secretary of State Blinken called the elections a “sham” and accused Ortega and his wife Murillo of establishing an “authoritarian dynasty”.