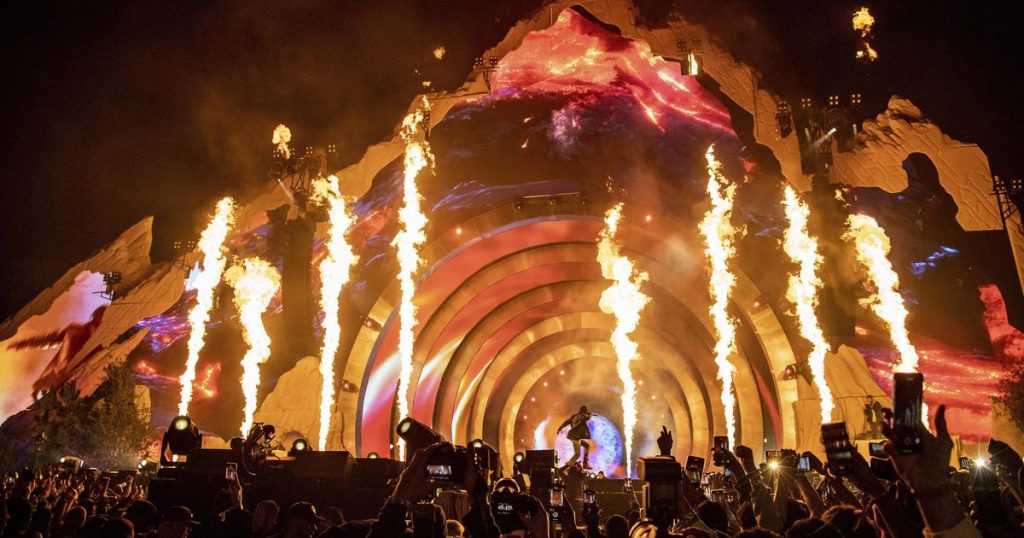 “I passed out because everyone was pushing me so hard,” Madeline Eskins, an intensive care nurse, said in an Instagram post. “I just couldn’t breathe. Afterwards, I heard that fans surfed my unconscious body to safety.

“When I woke up I was sitting in a chair with a water bottle in my lap. Around me, people were brought in with rolled eyes and bloody noses. “Has anyone here ever checked a heartbeat?” “, I asked. I felt the pulse of two people, but it wasn’t there. “

She continues her testimony: “The security guards asked me to help, especially when I said that I was a nurse myself. I saw people – who I thought were nurses too – administering first aid, trampled people were just scattered on the floor. There were far too few medical staff.

The organization of the Astroworld Festival in the American city of Houston sympathizes with the relatives of the eight visitors, including two teenagers aged 14 and 16, who died in the emergency on Friday. The event, designed by rapper Travis Scott, made this known in an early response on Saturday.

“Our hearts are with the Astroworld Festival family,” the organization wrote on social media. “Especially among the people we have lost and their loved ones.” Scott himself has said on Twitter that his thoughts are with the families of the victims and others affected. He is “devastated” by what happened. “I want to help the people of Houston support affected families,” he added.

Both statements do not address online criticism of, among other things, security measures during the festival with around 50,000 visitors. How the situation got so out of control is still being investigated. The organization and Scott say they are cooperating with the researchers. The second and final day of the festival has been canceled due to the events.

On the first day, people were compromised unconscious, including near the stage. Partly because of this, eight people died and 25 visitors had to be taken to hospital. Thirteen of them were still there on Saturday, including a seriously injured 10-year-old. During the day, more than three hundred people were treated in the emergency room of the festival site.

Texas Governor Greg Abbott spoke of “tragic” events and a “frightening” situation created by the stampede. The politician said he was sad and sympathized with those in mourning, as did Houston Mayor Sylvester Turner. “The organizers put on this party to allow people to enjoy the music together, but unfortunately it ended in tragedy,” Turner said.

“There was no ventilator, no defibrillator, no stretcher… I saw teenagers in the audience trying to resuscitate victims and hurt them. I have seen people being resuscitated with a heartbeat, just because no one had checked to see if there was a heartbeat. We had no coverage on our phones, so we couldn’t call for help. And people begged the staff to stop the concert, but that didn’t happen. I am so disappointed. “