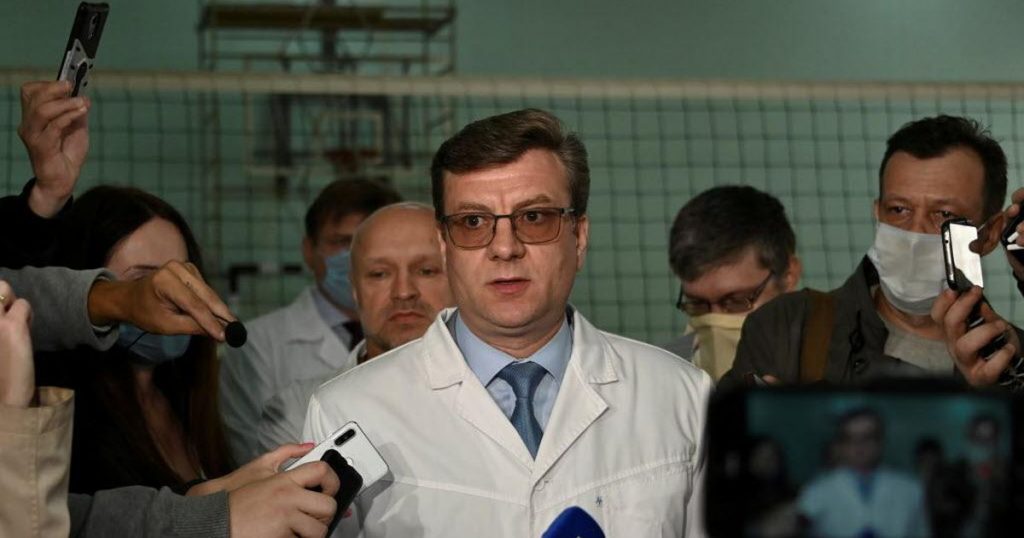 A few months ago, Murakhovsky was still in charge of the Omsk hospital where Navalny was taken when he fell ill on a flight from Tomsk to Moscow at the end of August. The hospital said Navalny had not been poisoned and no trace of the nerve agent novichok was found. He noticed problems with his metabolism. The chief medical officer also delayed Navalny’s transfer to a Berlin hospital.

After long negotiations, Navalny was nevertheless transferred to Germany and treated in a hospital in Berlin. According to the tests carried out on the spot, he had indeed been poisoned. The Kremlin has repeatedly said that it was not the cause of the poisoning of Navalny. In November, the doctor was promoted to Minister of Health for the Siberian region. But he was probably well aware of the poisoning.

Earlier this year, two specialists who cared for Navalny at the Omsk hospital in West Siberia died in August.

According to police, Murakhovsky left a hunting lodge in the woods around Omsk with his SUV. No one has heard from him since then. People are searched with drones, helicopters and people on the ground.

According to Western sources, the Russian FSB secret service was behind the poisoning of the now detained Navalny.

The other two doctors treating Navalny died in February and March. A specialist had a heart attack at the age of 55, the 63-year-old colleague died of a stroke.