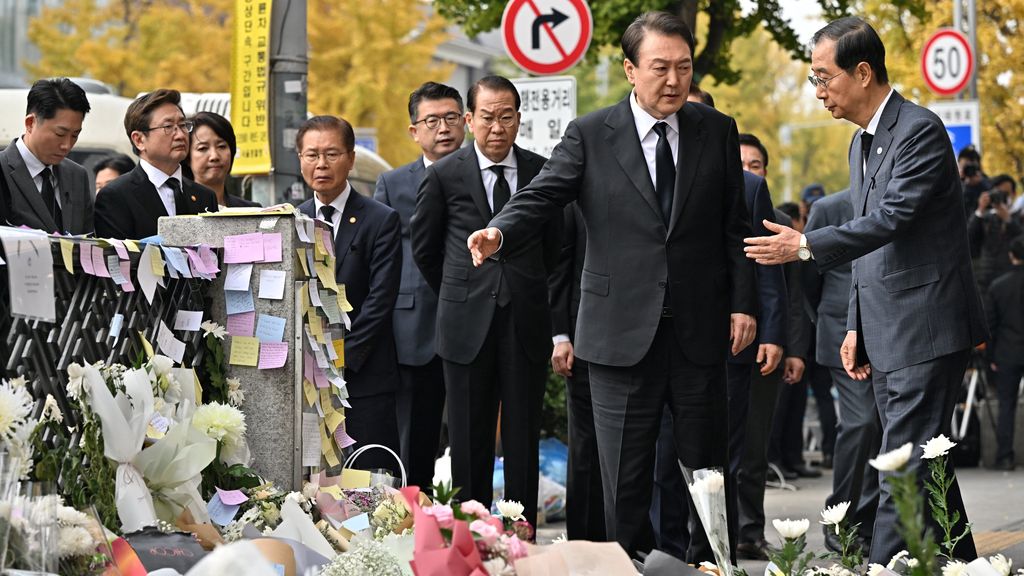 South Korean Interior Minister Lee Sang-min has apologized for last weekend’s Halloween drama. “As the minister responsible for public security, I sincerely apologize for this incident,” Lee said. He added that the government had “unlimited responsibility for the safety of our people”.

Earlier in the day, South Korean police chief Yoon Hee Keun said he felt “heavily responsible” for not preventing the disaster. According to him, the first emergency calls were not well handled by the police. “The police will do their best to prevent a tragedy like this from happening again,” Yoon said.

Yoon said an initial investigation revealed that police had received numerous calls from citizens informing authorities of the potential danger posed by a crowd gathered in Itaewon. Agents who received these calls did not respond satisfactorily.

At least 156 people died in the disaster. 151 people were injured, 29 of them in critical condition. Most of the victims are young women. According to figures released today, 101 women in their twenties are affected.

Most of the victims were in an alley next to the Hamilton Hotel in the heart of Itaewon’s entertainment district.

South Korean Prime Minister Han Duck-soo identified a lack of “institutional support” for crowd control measures as one of the causes of the disaster. Han said the ongoing investigation is also examining whether relevant institutions on the ground have responded adequately.

Expert crowd management on Seoul drama and what went wrong

President Yoon Suk Yeol also said that South Korea does not know crowd management, reported the AP news agency. At a cabinet meeting, he called for the use of drones and other high-tech devices. He said the government would soon hold a meeting with experts to review general national security rules.

The tragedy in Seoul is the deadliest disaster in South Korea since the sinking of the ferry in 2014 which left 304 dead. He also came lax safety rules in the light.