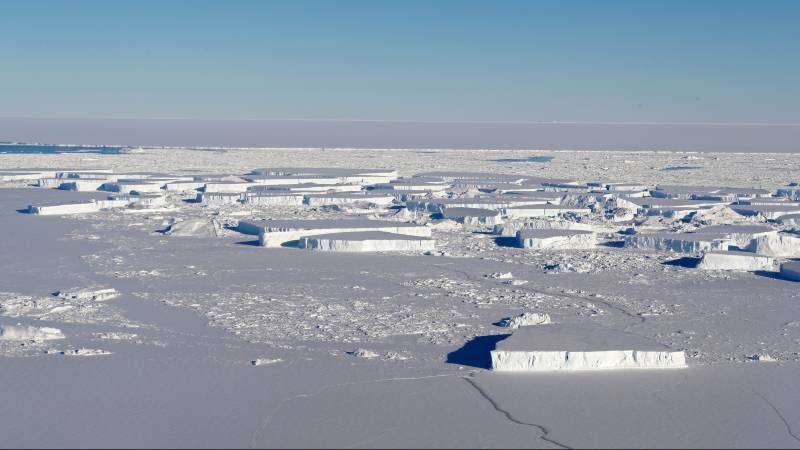 The now loose sea ice has been shrinking for more than 15 years, but according to NASA scientist Colello Walker, this only happened gradually until early 2020. In early March, however, it turned out that compared to the January measurements, only half of the pack ice remained.

Arctic explorer Peter Neff said in a video on Twitter and TikTok, like Colello Walker, that the dislodged Conger will have little immediate consequence, due to the relatively small size of the pack ice. Scientists are particularly surprised, he says, at the location of the collapse: East Antarctica. According to him, this region, which is among other things considered the coldest in the world and often considered a massive “block of ice”, is normally quite stable.

It is exceptionally warm in Antarctica this month, as it is in the Arctic. In parts of Antarctica, it even got 40 degrees warmer than normal for this time of year. The cause of the high temperatures in Antarctica is a series of low pressure areas, which allow hot air to circulate over much of Antarctica. As a result, a relatively large amount of ice melts. It is uncertain whether this month’s loose pack ice is also the result of high temperatures.

Scientists are not yet entirely sure that the abnormally high temperatures are due to climate change: it is easier to determine if there is more frequent warming at the poles and therefore if there is a trend. “But it wouldn’t have happened without climate change,” said meteorologist Gerrit Hiemstra. earlier on high temperatures in the polar regions.