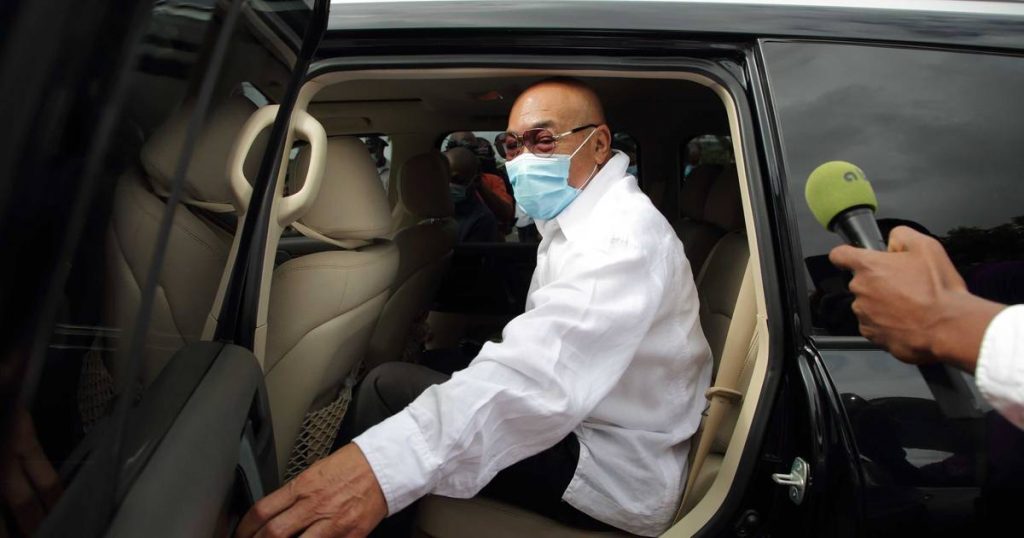 Today, Suriname’s court martial quickly finished dealing with the resistance of ex-Surinamese President Desi Bouterse against his conviction for the December killings. Already with the second substantive question from the president of the tribunal, Bouterse appealed for his right to remain silent. He also waived the right to call witnesses.

Bouterse’s wish not to be called into question, as was the intention of the hearing, surprised everyone present. The aim was to give Bouterse the opportunity to express his point of view. After a brief suspension, the president of the court martial, Cynthia Valstein-Montnor, decided to adjourn the session until May 31.

Bouterse is on trial for his part in the murders of December 1982. He was sentenced to 20 years in prison in November 2019. Having never attended this trial, he was sentenced in absentia. He then filed a protest, forcing the court martial to reconsider his case.

Bouterse’s lawyer Irwin Kanhai told reporters after the hearing why Bouterse was not questioned. “There were enough interrogations, there is nothing to add to the interrogation of 2004, it is now sixteen years later. This interrogation is still ongoing. You can’t always remember what you said then, ”Kanhai says.

For lawyer Hugo Essed, who represents the relatives of the victims of the December murders, the lack of summons of witnesses and Bouterse’s silence was good news. According to him, this means that the case is now gathering momentum and heading towards the end.

Essed expects the prosecution and Bouterse’s lawyer to speak on May 31. Valstein-Montnor will then be able to pronounce the verdict at the next meeting.

“I consider it a big step in the right direction that the suspect has refrained from hearing witnesses. He can’t go back on that and with that a step has been taken towards the end point of the resistance case, ” a satisfied Essed said.

Bouterse may have the opportunity to appeal.