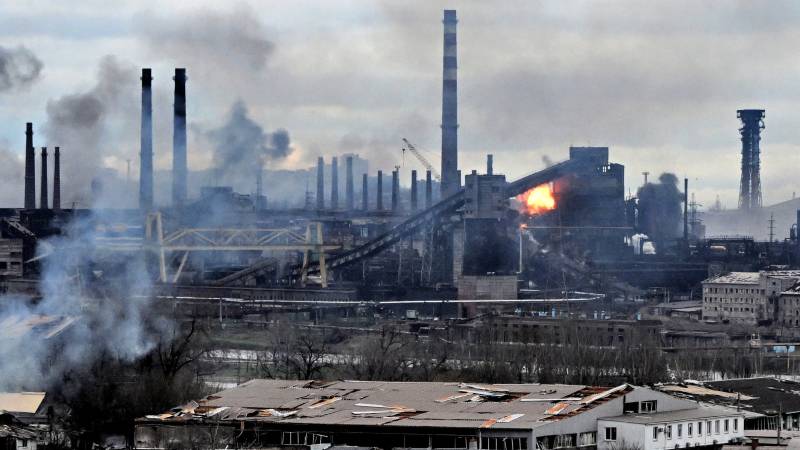 After more than a month of fighting in Mariupol, Ukrainian forces still refuse to abandon the city. A Russian ultimatum to surrender on Sunday was rejected.

The Russians said they would spare the lives of those who surrendered. But the Ukrainians continue to fight, even though they only control a small part of the city. Russia has said it will cut off the city from the outside world starting today.

The Ukrainian army reports that after the expiry of the ultimatum, the shelling intensified again. Rockets and bombs hit the port city. There are also new attacks on the giant Azov Steelworks. There, in the port area of ​​Mariupol, the last Ukrainian armed forces withdrew.

The steel plant covers a huge area of ​​about 25 square kilometers in the port area. It is a maze of railway tracks and blast furnaces. A Russian military official called the plant “a fortress in the city”, according to the Reuters news agency.

Reuters news agency published recent images of the port city of Mariupol. In the destroyed city, people can be seen preparing to leave. Some took place on Russian tanks: