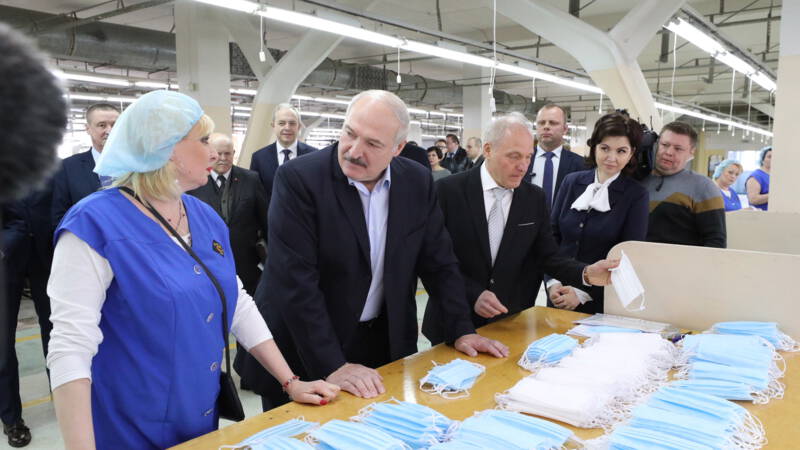 EU member states want to quickly introduce economic sanctions against Belarus for arrest of journalist Roman Protasevitsj. He was on a flight between Greece and Lithuania, an EU country, when Belarus forced the plane to land and he was arrested.

The sanctions are expected to include aviation and Belarusian companies that fund the regime, said Ursula von der Leyen, president of the European Commission. But how big is the trade with Belarus and what kind of products and companies are we talking about?

The EU accounts for just under 20% of Belarusian-foreign merchandise trade. Last year the EU imported for about 3.9 billion euro from Belarus and exported about 6.2 billion.

This makes the EU Belarus’ second largest trading partner. By far the most important trading partner is neighboring Russia, which accounts for around half of it. By the way, do not expect sanctions from Russia: the country defends the action of Belarus.

Much of the Belarusian economy and exports are in the hands of state-owned enterprises. According to Belarusian statistical office in 2019, this represented about a third of all exports.

The main Belarusian exports to the EU are wood products such as furniture, fuel and metal products. The export of timber is largely channeled through Bellesbumprom, a public company. This has benefited in recent times the shortage of wood. Belarusian news agency announces exports to Bellesbumprom in first two months of this year increased by about 15 percent to more than 90 million euros.

IKEA, among others, would import furniture from Belarus. According to the Swedish newspaper News of the day 7 percent of all wood in IKEA furniture comes from Belarus.

Metal exports are also largely in the hands of a state-owned enterprise: the BMZ. Here too, things went well with exports. In the first four months of this year which increased by 23 percent, at around 350 million euros.

State-owned enterprises are closely linked to the regime of President Lukashenko, in power for more than a quarter of a century. NOS spoke in March with a former BMZ employee who was fired after participating in a demonstration.

The FNV union has already called for an end to trade with Belarusian state-owned enterprises which cooperate in the crackdown on unions and pro-democratic groups in the country. The Belarusian independent trade union movement also supports this call.

In addition to trade sanctions, the EU is also introducing air sanctions. Airlines have already been asked to stop flying over and to Belarus on Monday. KLM, Air France and Lufthansa, among others, responded.

In addition, Belarusian airlines will soon have to be banned from European airspace and airports. Belavia will be seriously affected.

According to Jaap de Wit, aviation economist, these measures make Belarus an outcast. “The country is much harder to reach and this has economic consequences.” Belarus is also missing the fees it receives for entering its airspace. According to Eurocontrol, the European air traffic control body, the charges amounted to 85 million euros in 2019.

“Until now, the sanctions against Belarus have not been aimed at weakening the economy, also because you don’t want to affect the population too much,” says Bob Deen of the Russia and Eastern Europe Center of the Clingendael Institute .

“But now the EU wants to hit Lukashenko harder in his wallet, so that it becomes too costly for him to continue to misbehave. However, this is quite difficult to do well; you also want to avoid putting Belarus more in the arms of Belarus. Russia is floating. “

According to Deen, sanctions against specific state-owned companies can work over time. “You then deprive Lukashenko of foreign currency income. It could put pressure on the Belarusian ruble and the state budget. And he cannot just sell products that he cannot sell in the EU to Russia. “