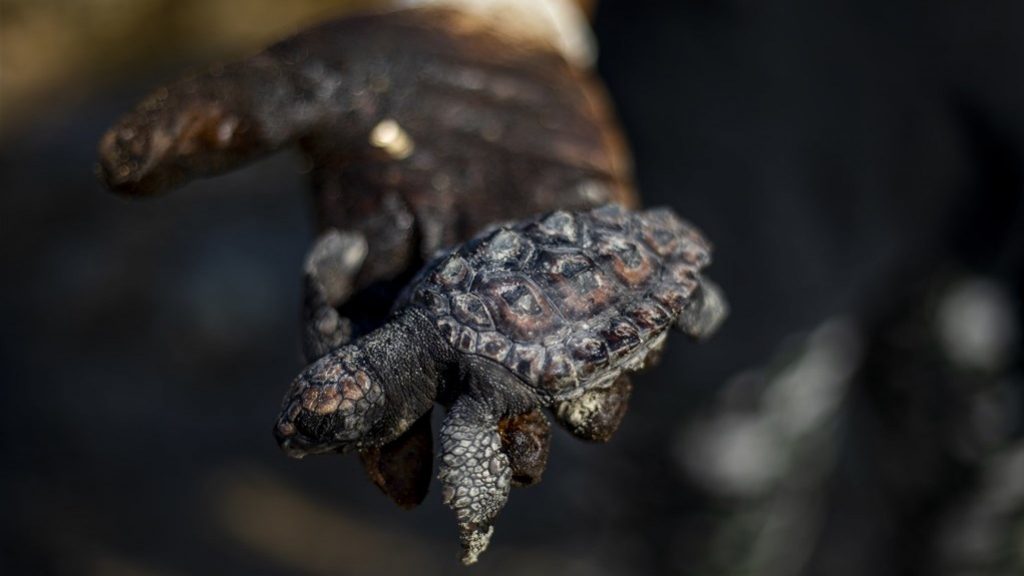 Oil was found along 190 kilometers of coastline on 170 kilometers of beach this weekend, reports the Israeli government organization concerned with nature conservation and national parks.

At least eight nature reserves have been affected. According to the authority, it is “the most serious ecological disaster in recent years”.

Although the quantity of oil found is exceptional, it is still difficult to estimate exactly the extent of this oil spill, explains the correspondent in the Middle East Olaf Koens. “Last week the weather was bad in the Mediterranean, the high waves make it difficult to collect the oil. The pictures show animals smeared and here and there jet black tar, but not huge oil fields drifting overhead. of the sea.”

Large groups of volunteers have started cleaning up the beaches. The government has deployed the military to help them. In the meantime, a search has started to find the causes of the oil leak.

It was likely a ship or tanker that ended up in a winter storm earlier this month, Koens says. “Israel wants to work with European organizations to examine satellite images to identify the ship whose oil has leaked. Environment Minister Gila Gamliel said there is” a more than reasonable chance that the vessel in question can be charted. “”

If this is successful, there is also a chance that legal action will be taken in which the costs of the cleanup can be recovered. In addition, it is planned to limit the risk of damage to nature in the future.

Koens: “After consulting with an Egyptian minister, Israeli Prime Minister Netanyahu proposed that ships in this part of the Mediterranean Sea should run on natural gas instead of oil in a few years.

At the end of 2014, Israel also suffered a major oil spill in the south of the country, near the border with Jordan. Then a pipeline ruptured and about 3.5 million liters of crude oil spilled into the Evrona Nature Reserve. Several people ended up in hospital because of the oil fumes.

That same year, the country was held responsible for an ecological disaster in Lebanon. During the battle with Hezbollah, the Israeli Air Force struck oil storage tanks in 2006, causing major pollution of the Lebanese coastline. After the UN intervention, Israel had to pay $ 850 million in compensation.