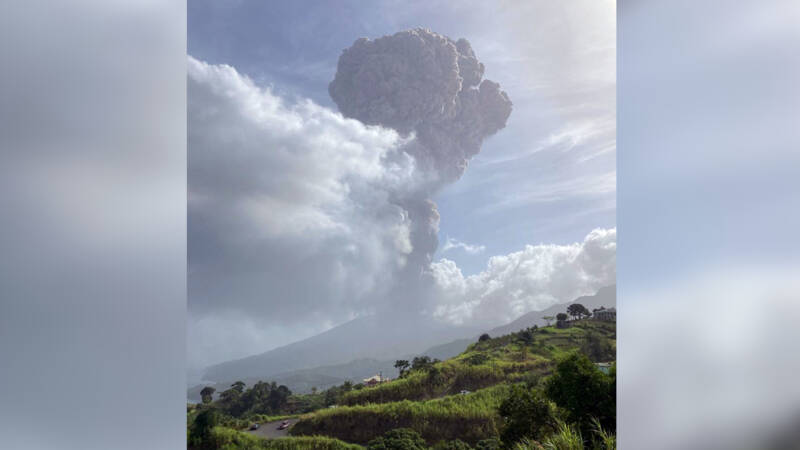 Ash clouds drifted east toward the ocean, disaster relief workers said, but a lot of ash also fell in villages around the volcano. The director of a seismic center told the AP news agency that more eruptions could follow.

The volcano had been roaring for a while. Yesterday, an area around La Soufrière was closed and thousands of people were evacuated to the northern part of the island.

For the evacuation operation, authorities used four cruise ships to transport people to surrounding islands such as Saint Lucia, Grenada, Barbados and Antigua.

Additionally, people can choose to go to one of the island’s huts.

The pandemic could slow down the evacuation, as Prime Minister Gonsalves has said anyone who wants to escape on a cruise ship or travel to another island should be vaccinated against the crown. It is not clear whether there is sufficient capacity to vaccinate people who have not yet been vaccinated.

In addition, not everyone in Saint-Vincent has a passport. Gonsalves therefore asked other Caribbean islands to accept identity cards as well. “Not everything will go perfectly, but if we all work together we will come out stronger than ever,” the prime minister said.

The archipelago of Saint Vincent and the Grenadines, with a population of around 100,000, had not experienced any volcanic activity since 1979. An eruption of Soufrière in 1902 resulted in the deaths of more than 1,000 people.