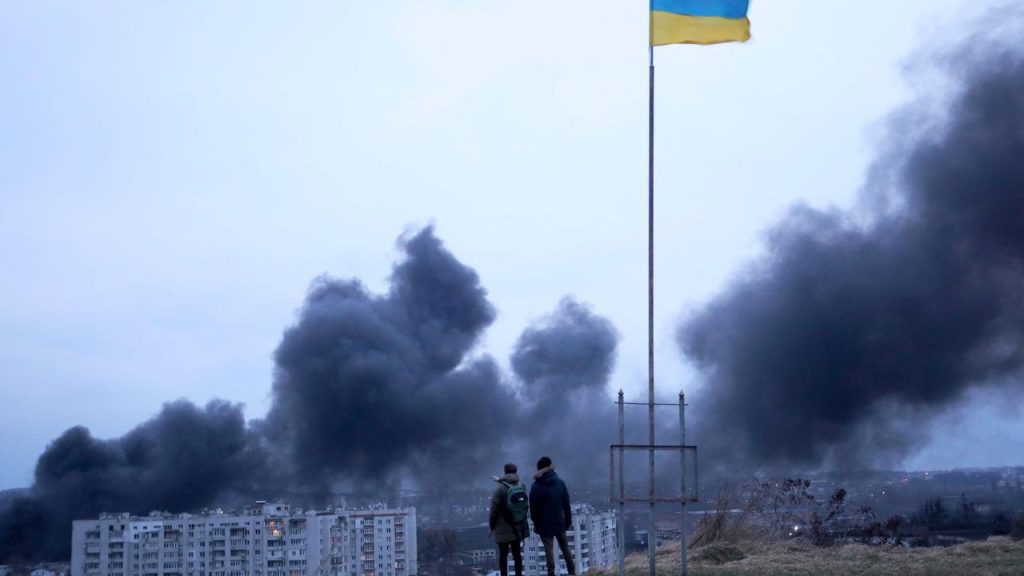 Russian missiles hit several targets in western Ukraine on Wednesday evening. The head of the military administration of the Lviv region reports this on the Telegram messaging service. The Russians would have mainly focused on transport infrastructure in the region, the military official said.

The attack took place near the city of Lviv and at least five people were injured.

Russian missiles hit a railway tunnel south of the city, among other places. In this way, the Russian army realizes that the supply of weapons and fuel to the Ukrainian troops will be more difficult. Lviv plays an important role in their transportation.

Earlier Wednesday, two people were killed and two injured in the Russian shelling of the southern city of Mykolaiv. Several explosions were also reported around the city of Kharkiv. Air raid sirens are sounding again in several cities.

60 to 100 Ukrainian soldiers die every day

Every day, between 60 and 100 Ukrainian soldiers die in the fight against Russia and another 500 are injured, Zelensky said on Wednesday. newsmax†

Ukrainian troops are fighting fiercely against Russian forces trying to control the Luhansk region in eastern Ukraine. An important city in the region, Severodonetsk, is now largely under the control of the Russian army. The city was almost completely destroyed by heavy bombardment. “The situation is really difficult, but we are keeping our defensive positions,” Zelensky said.

The Russians would also suffer significant losses at the front. The Ukrainian government estimated last week that Russia had lost more than 30,000 troops since the start of the invasion of Ukraine on February 24.