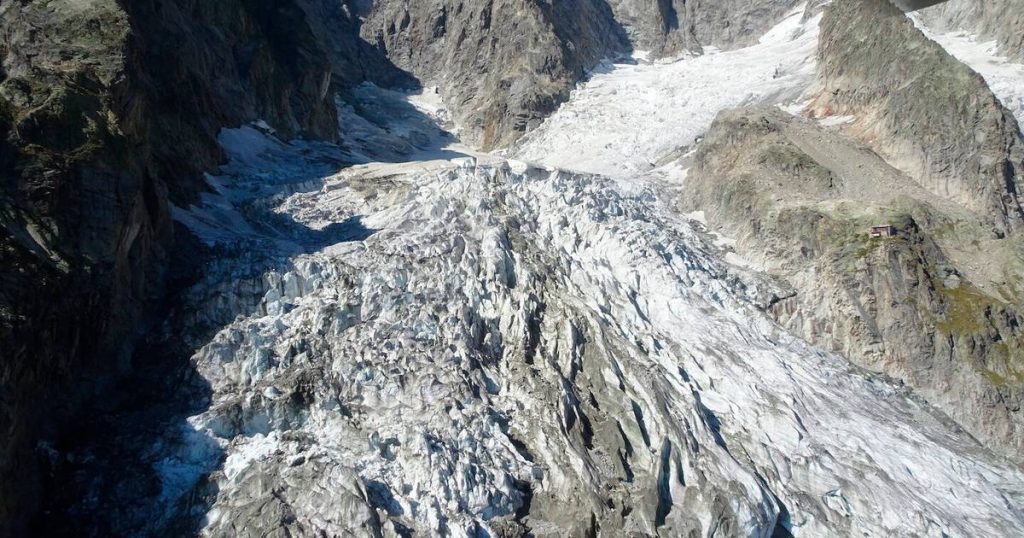 Due to warm temperatures in the Alps, which are bringing little snow and melting glaciers at an alarming rate, some of the mountain range’s popular hiking routes have been banned this summer.

Routes that are normally safe at this time of year are now dangerous due to the risk of falling rocks coming off the ice, for example. “At the moment, there are warnings in the Alps for around ten peaks, including the Matterhorn and Mont Blanc,” Pierre Mathey, president of the Swiss association of high mountain guides, told the agency. French press AFP. ,, This happens much earlier in the season than usual. We usually see such shutdowns in August, but now they started in late June and continued into July. »

Alpine guides who normally accompany thousands of hikers to Europe’s highest peak announced earlier this week that climbs on the more classic routes of Mont Blanc, which stretches across France, Italy and Switzerland, were interrupted due to high temperatures. Mountain guides also refrained from hiking the classic route to the summit of Jungfrau in the Swiss Alps. Apparently, this was the first time in a century that tours had been cancelled.

Earlier this month, 11 climbers were killed after being buried under ice, snow and rocks in the Italian Alps. This happened when a part of the glacier on Marmolada mountain broken. Eight people were also injured.

The glacier broke after a record temperature of 10 degrees Celsius was measured a day earlier on the Marmolada, the highest mountain in the Dolomites. Scientists say climate change is making previously stable glaciers more unpredictable.