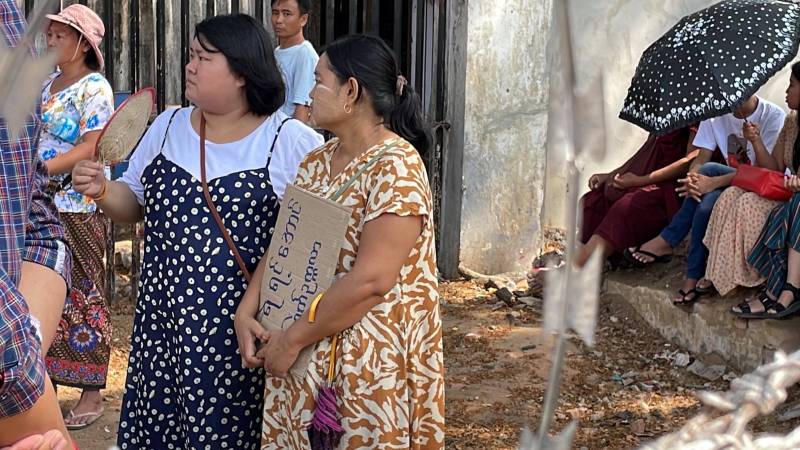 Myanmar’s military regime granted amnesty to more than 1,600 inmates of Insein prison to mark the country’s new year. This is a fraction of the 23,000 prisoners released a year ago for the same reason.

It is unclear whether members of the government that was overthrown early last year will also be freed. A reporter on the ground told Reuters news agency that no political prisoners had so far been released from Insein prison.

Dozens of people are waiting outside the prison in the hope that there are relatives among the released detainees. A total of 1,619 detainees will be granted amnesty, the junta said in a statement. Among them are 42 foreigners. We don’t know where these prisoners come from.

The notorious prison in the northern city of Yangon has held thousands of political prisoners since the army launched a military operation early last year. Rebellion† Earlier this month, it was announced that 14 cartoons had been smuggled out of prison. They gave a rare insight in daily prison life.

The army has arrested at least 13,282 people and killed 1,756 opponents since the coup, says AAPP, an organization that monitors the situation of political prisoners in Myanmar.

Democratically elected leader Aung San Suu Kyi is one of the detainees. She is being held in the capital Naypyidaw. It is unclear whether prisoners from other prisons will also be released.