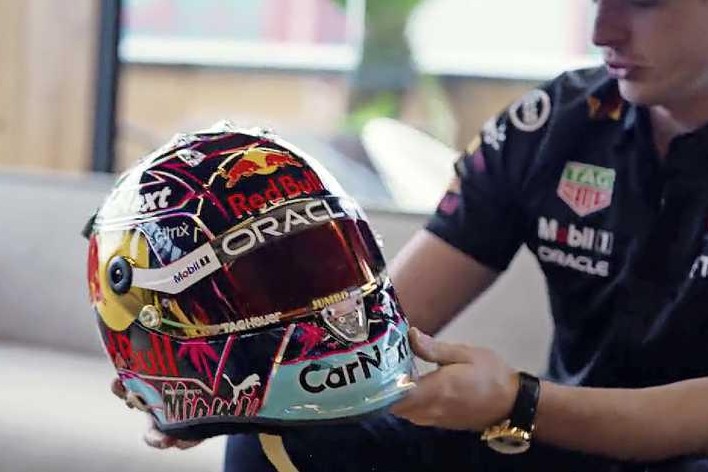 “I think it’s going to be a pretty crazy weekend!” said the Red Bull driver. “I’m really looking forward to riding in Miami. Miami is a very beautiful city and a very interesting place for an F1 race. I think everyone is looking forward to this event. Not just the drivers, but also the fans.

Verstappen is a big fan of the United States anyway and thinks it’s great to see Formula 1 gaining more and more popularity with the American population, thanks in part to the Netflix show Drive to Survive and to the increase in action on the track by the new rules.

“I still really enjoy being in Austin. Although we are now also visiting another state. It’s great to see our sport growing in the United States. The teams are doing their best to promote F1 and of course that helps that we are heading in that direction more and more often,” said the 24-year-old Dutchman, who knows he will also be heading to Las Vegas next year for a GP. .

Verstappen walks around Miami with a special helmet. During a season, the Red Bull driver makes such a “trip” more often. Last year, for example, Verstappen raced with a different helmet in Austria, Belgium, Zandvoort and Brazil.

The Miami Grand Prix is ​​the fifth race of this Formula 1 season. After his victory at Imola, Verstappen is number two in the battle for the world championship. He is 27 points behind leader Charles Leclerc.