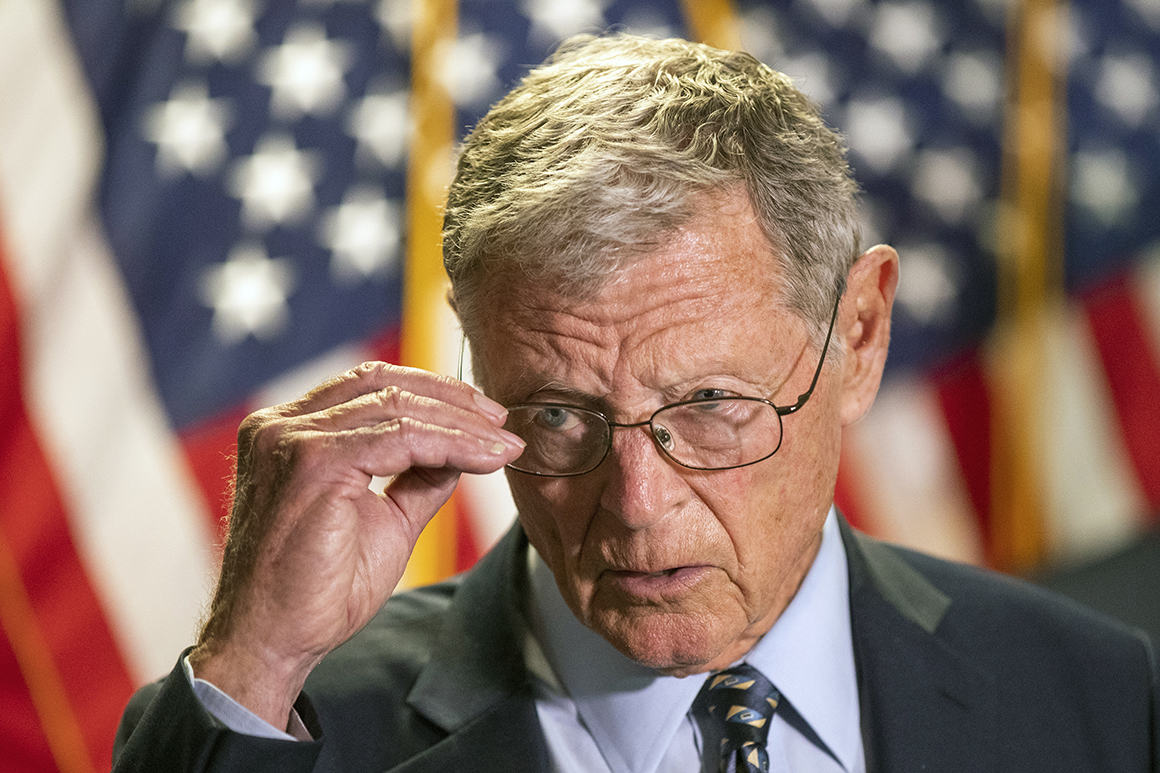 Congress aides say Inhoff’s comments come as the Trump administration prepares to sell arms to Morocco following a naturalization deal with Israel. Congress will have 30 days to block the sale once Capital Hill is duly notified by the White House of the expected relocation.

Trump took a similar path with the United Arab Emirates, seeking to sell $ 23 billion worth of weapons to the Gulf nation. In a couple of votes on Wednesday, the Senate failed to block that sale.

The United States’ recognition of Morocco’s sovereignty over the Western Sahara is a break with the United Nations, the African Union, the International Court of Justice and the European Union. Morocco and the Policario Front have long fought for the sovereignty of the former Spanish North African territory.

In his speech, President Donald Trump praised efforts to encourage the recognition of Israel, but said he hoped the United States would change its position on the Western Sahara and called on the Sahrawi people to vote for self-determination.

“There is not a single country that recognizes Morocco’s sovereignty over the Western Sahara,” Inhof said. “I will make every effort to ensure that we return to the policy we had.”

Inhof’s disagreement with the White House on the sovereignty of the Western Sahara is in line with his efforts to obtain National Security Accreditation legislation through Congress. Trump has threatened to veto the NDA for failing to repeal Section 230, which provides legal immunity to social media companies. Inhof argued that Section 230 did not apply to the Security Bill, and earlier this week the Senate Republicans promised a possible veto.

Andrew Desiderio contributed to this report.